Up close with chef Chinu Vaze

A dive into her summertime food memories 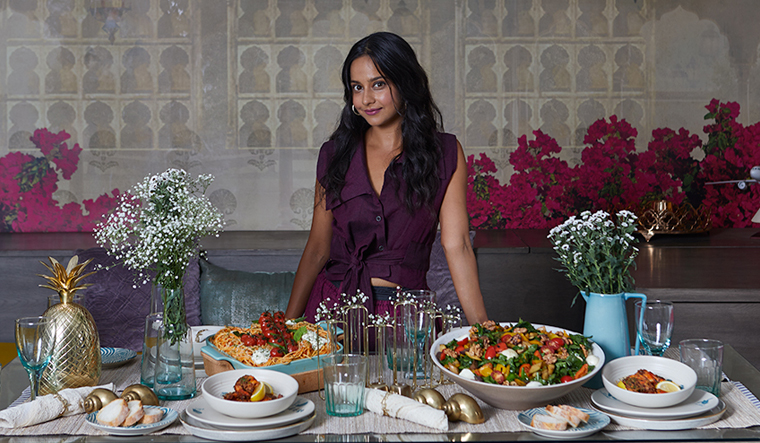 My first memory of summer is the smell of mangoes,” says chef Shilarna Vaze aka chef Chinu who runs the Gaia Gourmet in Mumbai. “Although I eat mangoes whenever I get them, my mother wouldn’t touch them until April 14, which is her birthday. My grandfather used to bring her a crate of mangoes on that day. Even though he is no more, we still continue the tradition,” she says. According to Chinu, mangoes taste the best when they are plucked and eaten in the right season. “As a caterer, I wait for the mango season to incorporate it in all my dishes; everything from coolers and pickles to salads and desserts,” she says.

The Bombay girl who is obsessed with food says her childhood has played a big role in her culinary journey. “I come from a family of fabulous cooks. I was exposed to brilliant seafood as well as the best of international cuisine by them. Although I took up political science in my undergraduate programme, I decided to pursue my dream of becoming a chef after my graduation. And what better place to learn the basics of gastronomy than the food capital of the world—Paris!” she says. Chinu got her diploma de cuisine from the prestigious Le Cordon Bleu, Paris, alma mater of the world-renowned cook Julia Child. With her diploma in hand, she got back to India and moved to her soul-town Goa while also working for kid’s television channel Pogo. “In Goa I worked for highly-creative stand-alone restaurants and learnt a lot by assisting chefs. I also learnt the intricacies of running a restaurant by working in these places. And the best part is that this is where I met my husband chef Christophe Perrin. It was quite serendipitous,” she says. Aside from being a chef, Christophe is also a trained horticulturist and word has it that he knew how to whip up a pasta when he was eight. “Christophe and I met at a rave party in Goa. He thought I was 12 years old and asked for my ID card. I was 25 at the time for the record!” Chinu says.

In 2009, the duo opened their first restaurant in Goa called Gaia, named after the earth and all the bounty she offers. From Christophe’s father’s signature morel sauce to Chinu’s prawn khichdi, their restaurant became a big hit in the sunshine state. This was probably because they brought an Indian-Swiss twist to everything they prepared. They served everything from Mexican, Maharashtrian and Japanese to Burmese and authentic French cuisine. While setting up the restaurant, Chinu hosted her first show ‘Firangi Tadka’ for Food Food channel featuring food from all over the globe; this was the first of many shows she hosted for the channel. Chinu attained the ‘celebrity chef’ tag with shows such as ‘Style Chef’, ‘Sunny Side Up’ and ‘Tiffin Box’. Brushing aside all the accolades, the culinary couple decided to move to Mumbai to expand their business. They started Gaia Gourmet, a gourmet, eclectic catering company. It is now one of the most popular catering services in Mumbai for people who are looking for something unique, authentic and international. And their clientele consists of mostly the glitterati crowd, starting from Bollywood biggies like Alia Bhatt, Sonam Kapoor and Karan Johar to international brands like Gucci, Christian Louboutin and Hermes.

Chinu believes that chefs learn only by taking risks and working inside busy kitchens. They must experiment with different ingredients and bold flavours. But she also adds that it is not all that serious all the time. “We also have a lot of funny incidents inside and outside the kitchen. I can’t tell you everything but one of the incidents that I distinctly remember was a brownie situation. It was during Holi and we were catering for a client. We served them brownies and after some time the guests started feeling strange; they started feeling very hungry. One of the guests got so hungry that he started having dal makhani in the shot glasses that were placed on the banquet table. It was only later that we realised that they had the bhang-coated brownies. It was hilarious,” she recalls.

Last year, she launched her first cookbook for Penguin Random House on “How to throw a party like a star” which is a collection of recipes as well as some kitchen hacks. “I take inspiration from the trips I take with my family to the wild and beautiful places of earth where people cook with their hearts and hands using traditional wisdom and knowledge. I love cooking authentic and luxurious food but lately I have been into a lot of healthy organic dishes as both Christophe and I are big on holistic lifestyle,” Chinu says. No wonder she is fit as a fiddle! n 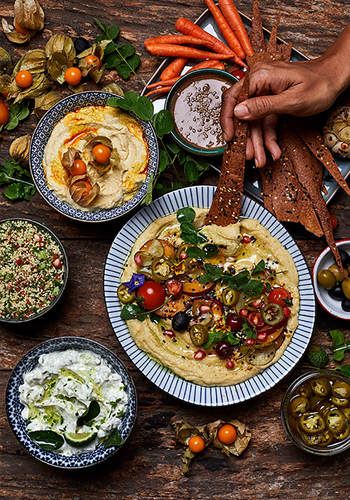 Weigh all the ingredients in a mixing bowl except the black sesame and poppy seeds. Using the dough kneading attachment, make a soft dough. Rest the dough for 20 minutes under a damp cloth.

Divide the dough into six equal portions and roll each portion into very thin circles. Cut each circle into six triangles and place on a baking tray.

Spray each triangle with water and sprinkle some sesame seeds and poppy seeds on top.

Mix vinegar, olive oil, sugar and salt and keep it aside.

Slice the jalapenos into rounds and add these to the mixture(the liquid should cover the jalapenos completely). Transfer all of it to a bottle or covered bowl and keep it outside in room temperature for two days. After that refrigerate it.

Soak the channa overnight and remember this doubles in size once cooked. Rinse the channa the next day and add three cups of water. Cook it in a pressure cooker at medium flame until the whistle goes off thrice. Strain the channa and keep the channa water aside.

Once mixed well by hand, add 20 slices of the pickled jalapenos and mix it again. Blend it until it becomes a paste. Drizzle some olive oil on top of it and if needed, also sprinkle some chilli powder. 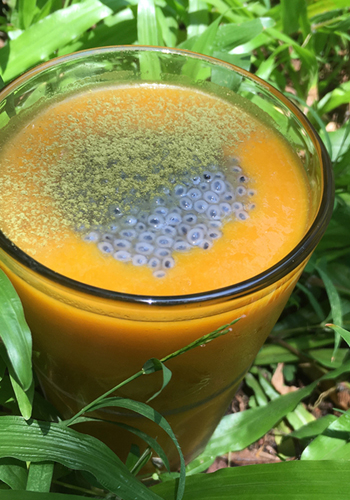 Soak sabja seeds in a bowl and goji berries in a separate bowl.

Combine pineapples slices, ginger and coconut water in a juicer
(if you are using a regular blender, you might need to strain).
Add mango, strained goji berries, shatavari and coconut flesh to
pineapple-ginger juice and blend it again.

Strain sabja and mix into smoothie or add on top with moringa
powder. Serve chilled.

Chef’s tip- Investing in a good smoothie blender can make your
breakfast life much easier. Depending on your budget, you could either go for top of the line (Vitamix) or more affordable ones (Hamilton Beach). It saves you from having to strain and waste time with juices and can get a nutritious brekkie ready in minutes. 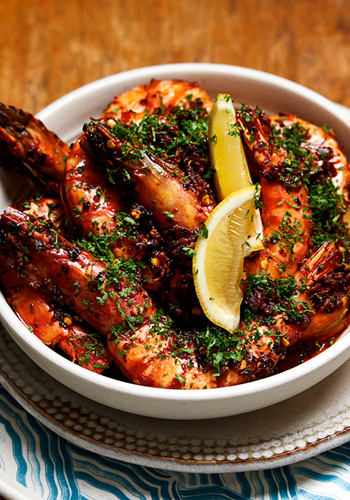 To make the aglio olio sauce, add olive oil and garlic in a pan at very low heat and keep mixing for about 15 minutes. Add in chilli flakes, oregano, salt and pepper. Cook it for five minutes and take it off the heat. 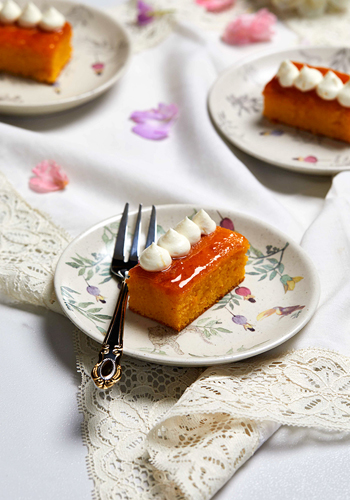 Pressure cook the whole orange with peel for three to four whistles till it is cooked and soft. Let is cool and remove the seeds. Blend it into a paste and measure ¾ cup and keep it aside.

Sieve and weigh the dry ingredients in a mixing bowl.

Slowly add the dry ingredients to the orange paste. Also add the egg mix and mix it all together with a spatula using the cut and fold method until it is a homogenous mixture.

Line the baking tray with butter paper and pour the batter into it. Bake for 20 to 30 minutes. Insert a toothpick at the centre of the cake and see if it comes out clean. If it does, the cake is ready.

Glaze the cake with orange marmalade.