One of the main reasons of maternal death 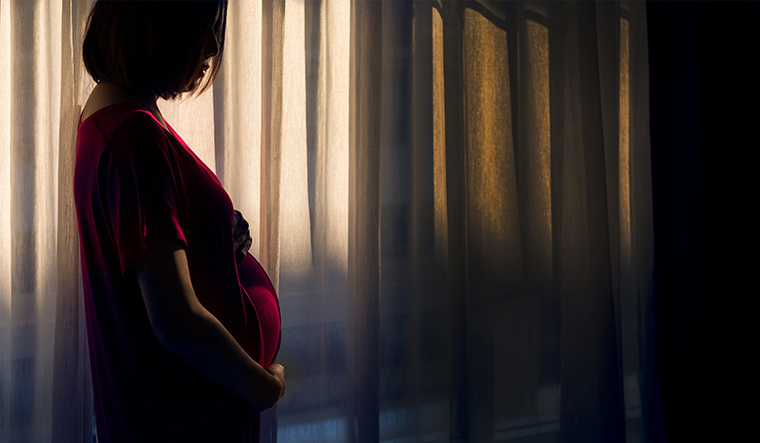 Did you know that women can die during one of the most joyous events of their lives? Losing a young, fit and healthy woman during pregnancy and childbirth can be devastating for her loved ones. Maternal death, as this is called, refers to the death of a woman while she is pregnant or within 42 days of termination of pregnancy, irrespective of the duration and site of the pregnancy, from any cause related to or aggravated by the pregnancy or its management but not from accidental or incidental causes.

The main killers of women in this country are:

Haemorrhage: Excessive bleeding after the delivery of the baby (or in pregnancy) can be life threatening. If this is not recognised and treated promptly, it can lead to severe damage.

Sepsis: It refers to infection which enters the blood and can happen during pregnancy or post-delivery. Sepsis is very insidious and can kill very quickly unless it is recognised early and treated aggressively.

Anaemia: It refers to the haemoglobin or blood count being low. After delivery, a woman loses a certain amount of blood naturally. If the woman is anaemic even this normal blood loss is not well tolerated. Especially if she bleeds excessively, she is at grave risk of succumbing to the blood loss.

Preeclampsia and eclampsia: These are conditions which are associated with high blood pressure, fits, damage to the kidneys and the brain.

Abortion: If it is performed by untrained personnel, it can give rise to infection, bleeding and death.

Sepsis and its dangers

Sepsis is a life-threatening condition that arises when the body’s response to infection causes injury to its own tissues and organs. If sepsis develops during pregnancy, during or after giving birth, or after an abortion, it is called maternal sepsis.

If not recognised early and treated aggressively, it can rapidly progress to multiple organ failure and death. One third of the people who develop sepsis die. Amongst those who survive, many are left with chronic pain and fatigue, post-traumatic stress disorder and organ dysfunction.

Despite being highly preventable, maternal sepsis continues to be a major cause of death and morbidity for pregnant or recently pregnant women.

Thirty-year-old Beena Mathew, pregnant for the third time, was at our outpatient clinic in her 10th week of pregnancy. The previous two pregnancies had ended in a spontaneous miscarriage at 18 weeks of gestation. A diagnosis of cervical incompetence (a condition in which the mouth of the womb—cervix—shortens and opens early, leading to miscarriages) was made and she underwent a cervical stitch at 16 weeks. At about 26 weeks of pregnancy, she complained of pain in the abdomen and was hospitalised as there was a risk of pre-term labour. She was monitored closely and the pains settled.

At 27 weeks, routine bedside examination revealed an abnormally fast heart rate and a low blood pressure. She was also breathing faster than normal and her oxygen level was suboptimal. Her temperature, however, remained normal and she did not complain of any alarming symptoms. A working diagnosis of sepsis was made and relevant investigations were performed. The blood tests confirmed sepsis. Appropriate medical treatment was started immediately and aggressively. She later delivered by a caesarean section. She was monitored in the ICU by a multidisciplinary team and after four days, she made a full recovery. The baby stayed in the NICU for six weeks and was discharged in good health.

The above case illustrates how insidious sepsis can be. Here the patient did not have any obvious complaints but close monitoring and a low threshold for diagnosing sepsis helped make early detection and avert a poor outcome. The cause of sepsis in this case was most probably the cervical stitch.

As the WHO puts it: “One of the greatest tragedies of the thousands of deaths caused by sepsis is that many of them could have been prevented.” It is clear from several studies that in the majority of women that died from sepsis, there was delay in diagnosis, treatment and in the escalation of treatment. Most women did not have a fever, possibly delaying the recognition of the presence of sepsis.

The WHO recommends the following measures to prevent sepsis:

Proper infection prevention and control in hospitals and clinics

In addition to the above, good personal hygiene, regular changing of sanitary napkins, not using tampons until advised to do so and washing hands before and after going to the toilet will help reduce the incidence of sepsis.

Some of the factors that trigger sepsis are:

Some of the symptoms of sepsis are: