When we chased public kissers: Swara Bhasker on her American memories

Tall buildings, cars, so many options of candies... the US blew our minds

America came to me before I had landed on US soil, in the form of Archie Comics. I would spend hours devouring the Archies I could lay my hands on; poring over artwork that depicted a world I had never seen. And so, the US became an imaginary place in my child-mind—where young people kissed each other on the lips in public and where ice cream sundaes and pizza were freely available all the time; and kids went to school only to hang out with friends, and flirt and date!

My next great encounter with America came in 1994. My mother was a PhD student at New York University then. She had been away a year, and when summer vacations came my father took my sibling and me to the US. 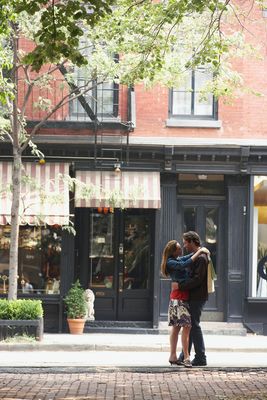 The US blew our minds. We had never seen such tall buildings, so many cars, so many options of sweets and candies in sweet shops and... Toys “R” Us! The famous toy shop caused such hysterical excitement in the Bhaskar siblings that we raced around the store breathless; we had to be made to sit down because we were dizzy!

Our student mother had limited resources, and my brother and I had our brains exploding with all the innumerable pleasures consumer capitalism in its highest form offered! We would whine and tug at our parents’ sleeves and ask for things to be bought. My mother felt guilty and tried to indulge us, but our military-man father was unmoved. He calmly told us we could see things, but not touch them and certainly not eat them unless we had parental permission. The one edible item we were allowed to buy was the sugary and colourful cereal called Fruit Loops. In retrospect, the small cylindrical grain-based cereal just tasted like cardboard sugar, but somehow combined with cold milk it got us kids hooked.

Since our father’s rules had rendered our daily demands ineffective, and we spent a considerable amount of time on the New York City subway or walking around my mother’s university campus, my brother and I came up with games to keep ourselves distracted from the temptations of the free market. The most innovative and controversial among these was a numerical competition of how many couples we saw “lip-kissing” during the day. Each kiss was one point and if there was a particularly passionate couple that was doing anything else that caught our eye, that had extra points. The game required one to be alert and observant. The game also needed us to do mental math. The means may have been questionable, but the end was purely academic.

I remember the horrified expression on the faces of my hapless parents when we explained to them why we needed to follow a particular hand-holding couple into a park because we had a tie on our scoresheet. Our mother tried to scold and cajole us into abandoning the game, attempting to explain to us brats the concept of privacy and consent.

We did not relent until our parents agreed to a deal—two McDonald’s meals a week. Inadvertently, we had learned the quintessential American life lesson—how to hustle and get what you want!

In March 2022, I came back to this country, which over the years I have known in scraps, through memories of childhood holidays. Donald Trump has come and gone, normalising a vile discourse in his wake, but my aunt’s house is still familiar and situated in its sylvan surroundings; vegan and climate-conscious lifestyle choices abound, but the black man is still the most profiled subject of the American state.

‘I cannot drive in America,’ I exclaimed to a black friend. ‘Well neither can I,’ he retorted and smiled a wry smile.

I opened a just bought box of Fruit Loops and as the multi-coloured rounds poured into our bowls, I thought how nearly three decades had passed since my first trip to the “land of the free”, and America was both changed and unchanged. And, somehow, there were fewer people kissing in public, too!