Swara Bhasker on how adoption marries desire for family, concern for orphans

I remember the exact moment when I realised why people have children. It was a sunny afternoon in April 2017 and I was sitting in the café of the Delhi hospital where my grandmother was losing the battle to blood cancer. We had discovered the disease too late, and now that Nani was in the ICU, everyone whose lives she had touched were streaming into the hospital to bid their farewells. All her four children were there. Her nine grandchildren had visited in batches; my brother and I refusing to leave the hospital, as if our stubborn presence would keep away Yamaraj’s buffalo.

I then realised, as I was losing a very big piece of my heart, that this is all our time on earth amounts to—the people we leave behind. The people who love us, who will carry us in their hearts even as we depart, the lives we touch and the families we are part of is a legacy everyone leaves behind. I knew that my mother, aunts, uncle and us cousins would all keep a bit of Nani with us and she would live on in the way we lived our lives henceforth. And strangely, or rather obviously, that was the moment I realised I wanted a family. 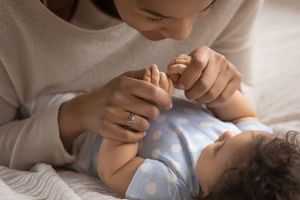 I was in a relationship at the time and I thought the most natural thing would be to get married and have a child. When that did not happen and the gentleman in question and I broke up, I was still left with the feeling of wanting a child. Someone to call my own, someone to love forever, someone to bequeath the solid values and principles my parents had brought my brother and me up with and someone to pass on my beliefs and ideals to.

Our society, traditions and popular culture teach us to believe that marriage is the only respectable way to have a child; but science now gives us other options. I met with gynaecologists and decided to freeze my eggs and open up the option of (in future) having children by IVF. I have nothing against marriage. On the contrary, I believe in the institution quite implicitly—perhaps with the characteristic naivety and idealism of one who has never been married! I also have the very ideal, enabling and joyous example of my parents’ marriage as a relationship goal to aspire to. But to marry someone simply to have children? It felt both disingenuous and dishonest. I decided if I cannot (at the moment) have the romance of a happily-ever-after with a loving partner, well then I will take the adventure of single parenthood. I spoke to my parents and at length convinced them.

In March, while shooting in Uttar Pradesh, I happened to visit an orphanage in Badayun. And all of a sudden, I became aware of the staggering orphan crisis in India. There are more than 2.9 crore orphan children in India, according to UNICEF. About 4 per cent of India’s children are orphans. Less than 5 lakh of them are in any orphanage. According to the Juvenile Justice (Care and Protection of Children) Act, 2015, once they turn 18, the state abandons their care. I felt very affected by this reality. Moreover, the stories of how those infants were discovered in varying states of callous, sometimes monstrous, abandonment were heart wrenching.

I realised that adoption was a way to marry both my desire for a family and concern for the orphan crisis in India. Luckily, the state allows single women to adopt. I began meeting couples who had adopted children and met some children who were adopted. I also spoke to some officials at CARA, who were very helpful and helped me understand the process. I spoke to my parents again, who now having become freshly minted grandparents were excited at the prospect of more grandchildren and were fully supportive of my decision. I completed all the formalities and I am now officially a PAP (prospective adoptive parent) on CARA. They say the waiting period for a child can be as long as three years. Meanwhile I am having these interesting conversations with well-wishers.

“This is a momentous decision. But you know it will potentially drive away interested eligible men?”

“They may not want to be with someone who already has a child? Isn’t that a problem?”

“I think it’s a solution. The child will be a great compatibility screening test for such men. They will drive away men who obviously don’t share my value system.”