When I was 11, I got ‘a room of my own’ in the house we lived in. It was part chance and part a bad fight between siblings. A cousin who was living with us while he completed high school got recruited into the Merchant Navy as a cadet. And, two days before he left, my brother and I turned our drawing room carpet into a battlefield, using forks as weapons. That night, my parents decided to separate our rooms for ‘peace in the region’.

The first rule I made was that my brother would not be allowed to enter my room without my permission. I decorated the walls of my room with pictures of my favourite film stars and cricketers and funny quotations cut out from old magazines. The room became my own when I convinced my mother to buy me a cassette player. I would close the door to my room, put in the ‘Roxette’ cassette and use the cordless phone to chat with my school friends. 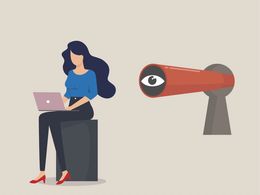 I remember the first time my mom picked up the other handset in her room—by mistake—while my “bestest friend” Divya Cherian and I were analysing why we found a particular boy in the other section “cute”. I did not realise that someone had picked up the phone till my mother said, “Hello, hello! I need the phone, Swara. Hi Divya!”

“Mumma, please put the phone down,” I cried out, my cheeks flushing with shame.

Had my mother heard what I had said about the cute boy? I found out at dinner when my father casually commented that a particular dish “looked good”. And, my mother replied, “Food that looks good may not necessarily be tasty, and boys who look cute may not necessarily be nice. Looks have nothing to do with the internal qualities of anything or anyone.” My father looked up quizzically. My brother quipped, “Swara finds Nakul cute and he is an idiot!” I was livid that my private affairs were dinner-time chatter. I took to locking my room when I spoke on the phone with my friends or even listened to music. My parents objected, and I responded with, “I need privacy.”

That pre-teen demand today forms the very fulcrum of an international scandal where a global consortium of media houses, along with NGO Forbidden Stories, found the phones of thousands of citizens across 50 countries (including India) infected with Pegasus software. The hugely expensive software, apparently sold by Israeli company NSO Group only to ‘vetted governments’, is being used for spying on citizens. The story is still breaking, and at least four people I chat regularly with are on the list of those targeted for surveillance. One is my best friend.

There is the usual outrage about violations to right to privacy, liberty and dignity of those targeted, as there are concerns around the violation of our democratic processes like elections. There is also the recognition that this is proof of the diminishing of our institutions.

There is shock and anger that a #MeToo complainant who accused a former Chief Justice of India is on the list of targets. There is doubt that evidence could have been planted in phones and laptops of activists accused under the Unlawful Activities (Prevention) Act and other anti-terror laws. Then there is the question of who paid for this—the Indian taxpayer probably.

But, leaving all these questions and issues aside, I feel that pre-teen indignation that someone was reading my personal conversations with my closest friend. I feel violated and naked that some unknown, unseen employee of the state, or some outsourced employee of a data analysis company learnt of my most intimate fears and most painful admissions as I navigated the breakup of a long relationship.

My parents and I came to a compromise when I demanded my privacy—I could lock the door to my room in the day, but not at night. They always knocked and slowly I learnt to trust them with my privacy and stopped locking the door.

How do I learn to trust a state apparatus that snatched access to the most vulnerable parts of my life without as much as a knock-knock?