Sushila didi came into my life one morning, as I moved into a flat in a Mumbai suburb, after convincing my parents to make the down-payment; promising that I would pay EMIs. I opened the door to find a plump, matronly woman in an impeccably pleated sari, a neat bun and grandmotherly spectacles.

“Mainey suna aapko bai chaahiye (I heard you want a maid),” she said in her odd accent—part Marathi, part bhaiyya (a reference, sometimes derogatory, used in Mumbai to describe people from UP and Bihar). My father, who was home, spoke to her and fixed the terms of employment. And that was how Sushila didi—a middle-aged mother of six—came into the lives of a motley group of struggling actors, all single, non-Marathi and living away from their homes in the city of dreams and desperation. 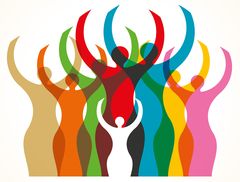 Sushila didi soon adopted me. She was affectionate and firm, fiercely territorial about the kitchen and something of a loving bully. My home always had guests and friends—some staying for months. Sushila didi felt it was her duty to remind them that they did not own the flat, but were “beneficiaries of Swara’s largesse”. And God forbid any of them tried to cook in her kitchen! She would sulk for days.

She was kind, and a great cook. If any of us fell sick, she would whip up broths and home remedies and preside over us as we complainingly took them. She was generous, too. One evening, the group of us were drinking ginger tea and complaining about our financial situation. The flat was a 1BHK with an open kitchen and Sushila didi was cooking. Next morning, she told me that she had one lakh rupees in the bank and would lend me the money. I was stumped, humbled and touched to my core by the unadulterated goodness of our domestic bully.

Sushila didi was a problem solver. Once she overheard me complaining about not landing enough work. The next morning there was a transgender faith healer at my door, clapping away my bad luck and the cobwebs in my stars, courtesy Sushila didi!

Another time we jokingly complained to her that one of our friends, Jayant, was not getting married; two weeks later Sushila didi informed us that she had set up a match for him with a widow from the neighbouring Koli village and the family wanted to meet Jayant and the rest of us! Jayant heard this and ran off to his village in Vidarbha fearing a thrashing from the feisty Kolis and I had a hard time explaining to an indignant Sushila didi that, with due respect to the widow and her family, we were joking!

Sushila didi was also a consumer and spreader of conspiracy theories. She believed everything she heard. Once she came teary-eyed and said that a doctor had told her that her daughter had only “half a brain” and was having fits. Worried, I took the child and her to a doctor I knew. It turned out that the child was being bullied by her elder siblings and was faking fits for sympathy.

A few years ago, Sushila didi stopped working for me because of ill-health and family problems. She was furious with me for hiring another maid and made her ire known to me and all my friends. But soon she forgave me (I think). She still calls me in crises—sometimes it is a son who has apparently been kidnapped, other times it is a false dowry case; but the crisis always works out.

A few days ago, Sushila didi called me from her marital home in a village in Kanpur Dehat. After the usual pleasantries, she said: “I’m contesting elections.”

“Wow! From which party Sushila didi?”

“On my own. Independent.”

“Swara, when I win, will you come here?”

I smiled. I loved that Sushila didi said when and not if.

Women’s empowerment comes in many forms. Sometimes in the form of an uneducated, feisty, affectionate, emotional lady who spent her life supporting her family by cooking for ‘career women’ like me.

All the best, Sushila didi. I hope your confidence wins.