The magic of action and cut

Vijaydan Detha in his short story, Rijak Ki Maryada, explores the relationship between a true artist and the sometimes self-destructive power of art. An acclaimed village-performing artist is ordered by the king to perform the role of a witch. The artist, knowing the true calibre of his art, refuses, scared that if he performs with true artistic integrity he may actually turn into a witch and harm someone. The king, offended by the artist’s refusal, orders him to comply. The artist performs in the only manner he knows—with highest sincerity to his craft, he turns into a witch—and in the inevitable tragedy that follows, he, as a witch, kills the king’s brother-in-law.

I was always struck by how the story explored the conflict between finding the truth in one’s performance on the one hand and the social reality on the other. As actors, we all strive to find that elusive truth in our performances. Simply playing the part sincerely brings us at odds with the realities of the lives we lead outside the performing space. For us film actors the performing stage is never a single location. It is actually the period between ‘action’ and ‘cut’—that short duration when we become the character we are hired to enact. That duration where I believe—and I think most actors would agree—there is a certain all-powerful quality that comes into actors.

Magic could happen between action and cut! I remember going through a similar experience while shooting Anaarkali of Aarah in Amroha, Uttar Pradesh. We were rehearsing for a sequence that involved some goons attacking Anaarkali on stage after her performance. During the rehearsal, one of the actors, by mistake, struck me in the eye. For a moment I was blinded and fell off the stage. The rehearsal stopped and everyone rushed to me as I lay crumpled on the floor clutching my eye. After a few minutes passed, and it was established that my eye could open, came the question that every actor must have heard once in their life when hurt or sick—“Can you shoot?”

Knowing well that cancelling shoot meant the producer losing money, I ignored the pain, continued and completed shooting. The next day, however, my injured eye wouldn’t open. I reached set, applied cold and hot compress, but nothing worked. On location, apologetically, I apprised the director and producer of the situation. They looked worried and informed me that they had permission to shoot for only four hours at the local railway station and it being a small budget film, the producer wasn’t sure he could afford to re-book the location. I would have to shoot. 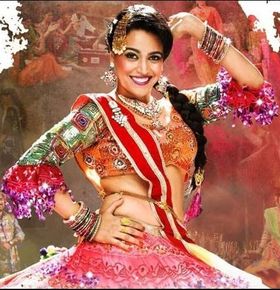 Now it was the director’s turn to look apologetic. “Just keep your head down. Anyway you have to look tired and out of breath,” he said. I nodded miserably and took my position—one eye still photosensitive and stubbornly shut. The background artists took their positions, my hair and make-up team did final checks, the assistant director with the clap in her hand took position. The director called the commands—“Roll sound.”

As I took my first step… my injured eye opened. I couldn’t understand how. I continued to perform and took my lines. As we completed the shot, the director called ‘cut’, and automatically my eye shut! I tried to open it---and it wouldn’t open. That evening I drove to Delhi for an emergency appointment with a disapproving ophthalmologist who assessed whether I had retinal damage and gave me an earful about how my bravado could have cost me my eye.

Five years later, as I return to set after an eight-month Covid-induced unemployment period, I wonder if the power of action and cut will protect me and our crew from the coronavirus. I look around at the masked-but-happy-to-be-back-at-work faces of the cast and crew, and smile thinking superstitiously—yes, the magic of action and cut will work!