The pain behind the anger

It’s been over a month since Sushant Singh Rajput’s death, and the air on social media and electronic media is heavy with terms like nepotism, favouritism, insider, outsider and mafia. Bollywood biggies, and a well-known critic, have been summoned by Mumbai Police, following a loud volley of accusations from fans, and some sections of the public, led by Kangana Ranaut, whose contention has been that Sushant was harassed by industry ‘insiders’ (mainly Karan Johar) and driven to suicide. This theory has caught steam and Kangana has been fanning the coals at regular intervals. On July 18, she gave a primetime interview, where among other accusations, she called actress Taapsee Pannu and me chaaploos, chaatney waaley, needy outsider and B-grade actress (yes, a lot of flattering adjectives). A Twitter war ensued. Taapsee and I both had our say; Kangana gave fresh statements. Journalists, critics, directors, twitterati weighed in. As the din ebbed, I contemplated what it is that has actually disturbed us so much?

It is obvious that Sushant’s demise was a tragedy that has moved everyone. There is genuine grief. But, to understand what is making people latch on to conspiracy theories and possible explanations, we have to accept that there is something incomprehensible about Sushant’s tragic action, something too painful to accept. And, in a strange way, all these accusations and terms are helping people cope with this disturbing incomprehension. It is comforting in such a time to lay the blame on someone and vilify them—it makes the pain easily consumable. Is it possible that underneath all this anger, all this need for accusations and name-calling, there is genuine grief and pain in the audience and in the public? Is it possible that there is also guilt? A feeling that we did not appreciate Sushant enough while he was alive? And now he is gone, and we can do nothing, so almost as a reparation we are turning the incomprehensible part of his demise into a cause and attacking constructed villains. At the level of a collective psychological consciousness, there is something quite complex and deep happening behind this vengeful cacophony. 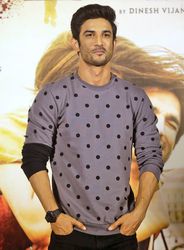 It is irresponsible to speculate as to the reasons for Sushant’s unfortunate actions. It was painful to learn of it. At a personal level for me, it left me shaken for many days, though I did not know Sushant personally at all, but I felt strangely bereft. I felt sad and almost guilty that I had not made an effort to meet him or get to know him—even though our paths never really crossed.

It is hard to recall Sushant’s death without referencing the tamasha that followed it. Perhaps, a second tragedy is that the moment of his passing should have been about him. Not about us. About his talent, not our vendetta. About his successes, not our frustration. Sushant is a story of tremendous success. His sadly short-lived career was like a meteor that just rose so quickly. Perhaps, that is precisely what has shocked us into disbelief. Sushant, in the act of his suicide, pulled the cover off the glittering, glamorous world of showbiz. His suicide has demolished the understanding of ‘success’.

We do not know what Sushant went through, many ‘proofs’ suggest that he was frustrated by the industry. We all are from time to time. But, was that frustration the reason for his death? Initial police investigations suggest that there was no foul play. There is a demand for a CBI enquiry and the government may indeed order one. But, will that satiate our appetite for meaning, for justice? Will that calm our anger, which perhaps masks our collective grief and helplessness? Most importantly, will it bring our now beloved Sushant back?

Shouldn’t the real lesson here be that we never know what pain another human being is in, and so endeavour to be kinder to each other? We must try to listen to each other, to watch for signs. And to educate ourselves about mental health. Undoubtedly, there is pain behind this anger. But, as a society, should we allow this anger to consume our sense of balance, objectivity, rationality and our empathy?