Some readers may recall a story from last year’s lockdown that is seared into my consciousness. A Class 10 student in Kerala, hailing from a dalit family, a young girl who was a class topper and under any other circumstances would have been set for a bright future, instead committed suicide. Why? Because as classes leapt online, her family, where the sole breadwinner was her father, a daily-wage worker now unemployed thanks to the lockdown, was unable to afford a smartphone or a data package which would have allowed this girl to follow the classes necessary to continue her education. Then the state government, in a great show of solidarity with the poor, announced that classes would also be telecast on Victers TV—a public broadcasting channel for those children who could not afford online facilities. But the family’s sole television set was broken and her father, barely able to feed his family, could not afford to repair it. Excluded and marginalised from the very field in which she had excelled, this bright student preferred not to live. She killed herself. 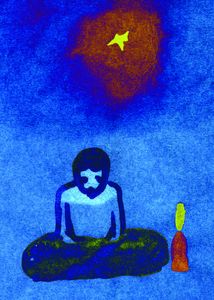 This sobering and tragic event calls for a serious commitment on the part of education policy-makers to take stock of the barriers to access and inclusion that permeate all levels of our society. As classes rapidly go online in the Covid-19 era, we as a country have not sufficiently addressed a deep and pervasive digital divide that many families have to contend with. According to UNESCO, globally, only just over half of households (55 per cent) have an internet connection. In the developed world, 87 per cent are connected compared with 47 per cent in developing nations, and just 19 per cent in the least developed countries. These stark realities, along with other basic barriers like infrastructure deficiencies, have resulted in insuperable barriers for our weak and marginalised sections. This is the reality of the India we live in, reality that educationists cannot afford to forget while they sit protected by privilege and discuss the future of the New Education Policy. That is why I (and other MPs) have been organising digital-divide bridging donations of smartphones to poor students.

And what about universities? Some have argued that, after the initial arduous period of adaptation, online education will become the new norm, and the university campus as we know it has become obsolete. I do not agree. Yes, poverty-stricken students can be equipped for online education. But that is not enough. Our current resort to online education overlooks the great value of campus interactions for students across social classes and regional or religious divides, and the comradeship that arises from shared experience and mutual learning.

Above all, the university campus can be a place where people can be brought together, where the social barriers of class, religion and caste are left behind and young Indians are given the tools to lead an empowered life; a space that is confident enough to look at its wealth of differences as a strength and not so insecure as to look at diversity as a weakness that must be rooted out; a space where the administration is attuned to the aspirations of the students, the next generation of India’s leaders, and where these young minds, the engines of our democratic and pluralist society, are not subsumed only by personal ambition or the commercial rat-race, but are invested in the success of those around them. If we manage to create such spaces on our campuses, we can develop a new Indian university that remains open, inclusive and representative offline—an old idea reimagined for a new India.