Universities are meant to be hotbeds of argument, debate and dissent 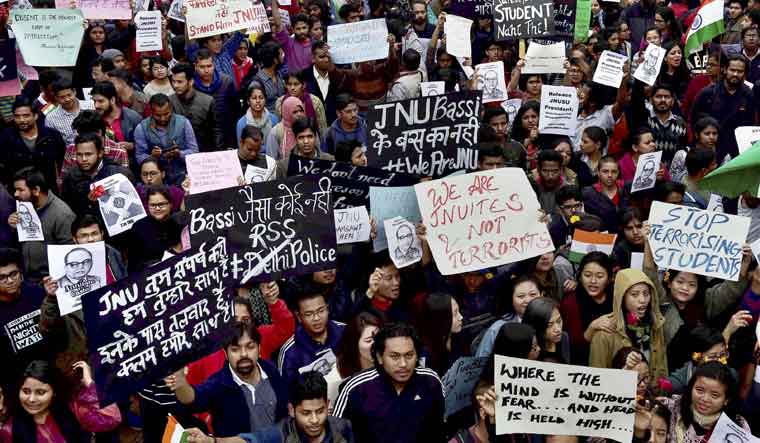 The recent suspension of a professor at the Central University of Kerala for mentioning the RSS while talking about proto-fascism in his classes, highlights the ongoing persecution of India’s more liberal universities and academicians. The government seems entirely unconscious of the classic prescription that the supreme purpose of a university in any democracy is to create well-formed minds who can participate in our system, whose future depends on citizens’ capacity to scrutinise their elected officials.

One purpose of the university is to help us expand our minds in service of our democracy. In a deliberative democracy, universities are meant to be hotbeds of argument, debate and dissent rather than centres of conformity. Universities are where young people find themselves in causes larger than their own academic careers. Many—perhaps most—students grow up in the process and outgrow the more extreme views they adopted out of youthful zeal. Two of my extreme-leftist classmates at St Stephen’s College, Delhi, for instance, are now conservative pundits associated (in one case, till recently) with the BJP. They would undoubtedly be embarrassed to be reminded of the fervour with which they espoused positions that they dismiss with scorn today.

Perhaps more important, the Indian state is not so feeble that a few irresponsible slogans shouted by misguided students can destroy it. By branding dissent as “anti-national”, our BJP rulers are betraying the founding idea of an India “where the mind”, in Tagore’s immortal phrase, “is without fear”.

The BJP’s attack on universities is planned, deliberate, and dangerous to India’s democracy. The slapping of sedition charges on Jawaharlal Nehru University student leader Kanhaiya Kumar and the suicide in January 2016, as a result of harassment, by a dalit student in Hyderabad, Rohit Vemula, are evidence that we have failed to protect our students and scholars from political interference by individuals and organisations that used arbitrary processes to uproot academic freedom. From Dinanath Batra’s RSS-supported curriculum in Haryana and Gujarat on “moral science” to the politically driven harassment of Vemula and the sacking of social activist and Magsaysay awardee professor Sandeep Pandey for his dissenting views at Banaras Hindu University, a deeply disturbing pattern emerges that points to an ominous political project, to exact conformity by striking at the intellectual fount of challenges to it, the universities.

The filing of an FIR in October 2019 under Section 124A (the sedition law) against 49 intellectuals who wrote a letter to the prime minister deploring mob-lynching, though since dropped, remains an egregious example of the misuse of this law against freedom of speech. It is essential to clarify and restrict its application to instances in which there is a direct and immediate incitement to violence, as has been interpreted by the Supreme Court of India. This will free students as well.

It should not need saying, but in today’s India, it does: One can criticise the government of the day and be loyal to the nation. We must celebrate a robust and pluralistic Indian democracy, not the fearful brand of governance espoused by the current government, which sees treason in every tweet and a traitor under every desk.

The BJP seems to believe that India’s freedom is so frail that it will collapse in the face of dissent—which characterises the spirit of the nation in the first place. They have parked a tank on the JNU campus. But the flag that our soldiers have died for, even as the JNU disturbances were going on, stands for a larger idea of freedom than the intolerance of our present authorities. It is time for the government to live up to the ideals embodied in our flag.