The war against the majority

I received an interesting email the other day from a friend, Prabhu Guptara, urging me and other liberal politicians to stop harping on the denial of civil liberties and human rights to “minorities”.

Now Prabhu happens to be Christian, and he was not espousing the classic Hindutva line of argument. On the contrary, he said, the assault by large sections of our current ruling establishment “is against minorities, true, but his mobs are warring also against our majority”.

“Is it only minorities that are the principal beneficiaries of independent India’s progress,” he asks, “or is it in fact the majority? The benefits of our Constitution, of our Supreme Court, of our education system, of our economy, all flow naturally to the majority and not only to the minorities.” When rights are denied, dissent disparaged, activists jailed or freedoms restricted, in other words, the majority suffers much more than minorities. 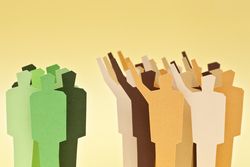 If minorities are victims of the communal bigotry sweeping through our land, so too are members of the majority. As Prabhu went on to ask: “Was Gauri Lankesh a minority? Narendra Dabholkar? S.R. Darapuri? Judge Loya? Swami Agnivesh?” When Bollywood comes under attack, are not its cinematic products loved by the majority? If JNU is scorned or clamped down upon, is it not an institution patronised mainly by the majority?

Prabhu’s point is that critics of today’s regressive and divisive policies should stop using the word “minorities” when “the war is in the name of our majority but against our majority”.

I accept his argument, but have long questioned the very notion of majority and minority anyway. In my new book, The Battle of Belonging, my just-released magnum opus on nationalism, patriotism and what it means to be Indian, I return to my proposition that we are all minorities in India. In the book, I speak of the fact that some enjoy bandying about the phrase “majority community”, but so often this is misleading in the extreme: gender, caste, language, and much else besides often puts any self-proclaimed member of a “majority” in a minority quite quickly. To reverse Michael Ignatieff’s famous phrase, we are a land of belonging rather than of blood.

Our notions of majority and minority are an emanation of electoral politics, because the quest for an electoral majority has driven much of today’s political majoritarianism. The old formula was that you constructed a majority out of a coalition of minorities. Now the ruling party, by harping on a Hindu identity that subsumes differences of caste, region, language and gender, has essentially marginalised the minorities in their quest for a majority base.

Hindutva politicians have tried to make it more important to be a ‘proud Hindu’ than to be an Indian. Yet, as I have argued, Indian nationalism is a rare animal indeed. This land imposes no narrow conformities on its citizens: you can be many things and one thing. You can be a good Muslim, a good Keralite, and a good Indian all at once. That is the strength of our pluralism.

Pluralism is essentially about the co-existence of different communities, which is not just a romantic idea but the way we have lived for millennia and arguably this country’s greatest strength. Majoritarianism, despite the illusion of speaking for the majority, actually divides us. It seeks uniformity and so undermines unity. Unity is easier to maintain with an acceptance of differences than through the suppression of them.

So, I agree with Prabhu that we must move away from talk of minority and majority to promoting inclusive nationhood. We must reassert that such petty politicisation of identity actually divides the majority rather than unites it. And politicians like myself must remind voters that there are more important issues that affect their daily lives than asserting their communal identity.

To give Prabhu the last word: let us not go on talking about “a war against minorities”, because all such talk only takes the attention away from the far more serious war being waged against our majority.