The IPL’s own nerds

Before the T20s and the IPL came along, there were just two formats in cricket—Test cricket and ODI. I remember at the time someone calling this new entrant—T20s—as ‘cricket for those who do not like cricket’. This was not far from the truth.

A fan had to dedicate five full days of his life, coinciding with his working hours, to win the recognition of being a Test cricket fan, and to qualify as an ODI fan, you had to take out eight hours from your daily schedule. IPL was the perfect fit for those not willing to make such ‘sacrifices’. 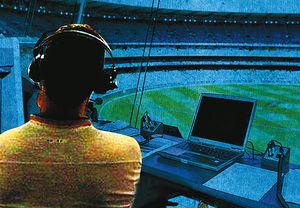 A ridiculous MCC survey suggested that 83 per cent of today’s cricket fans prefer Test cricket, and my immediate reaction to this was that this 83 per cent should now actually go and watch Test cricket!

For many years now empty stadiums have greeted Test matches, its TV viewership has plummeted, but the MCC claims that an overwhelming majority of cricket fans love Test cricket. It is like, I love music, but I do not listen to it.

T20s were a blessing for a world that got really busy. It also offered an option to do something different in the evening—go to a cricket ground or gather at someone’s place to watch nail-biting cricket filled with fours and sixes. As T20s started growing in popularity, its followers started changing, too.

There were obviously those who loved watching the fours and sixes, but now there was a new breed that was really getting into T20s and the IPL. A breed I call the ‘cricket nerds’.

I use the term nerds fondly, for it is their company I keep most while working on the IPL.

These nerds are your typical chemical engineers, lawyers, chartered accountants or IITians, who are fascinated by what IPL offers—the multiple teams in it, the little match-ups within a match. They meticulously assess and suggest their team tactics and selections on Twitter.

They analyse strengths and weaknesses of each player—all this based purely on numbers and not on perception or instincts like, we, the former cricketers, mostly do.

These are guys who like Dravid more than Tendulkar. So, for instance, when I make my ‘expert’ analysis like “[Rajasthan Royals] looks a good team this IPL season and may make the play offs”, the nerd shakes his head. He will bring to my notice that four of their key players will be missing during the final stage of the IPL because of their national commitments. The nerds are brilliant at this. They study every aspect of the IPL and, most importantly, remember each detail; that is how they passed their big, fancy exams, remember? But some of them have a tendency to get under my skin when they get carried away with their numbers and think they know best. They will proclaim that a certain foreign player will be the rage of this IPL only to discover that the poor batsman did not have the temperament to play in front of 50,000 noisy fans, and their ‘rage’, four matches later, is warming the benches.

But the nerds I adore are ones who tear their hair out when they listen to us cricketer commentators draw easy conclusions from basic numbers. Yes, these are the nerds who watch cricket on mute.

Their advanced research of statistics shows that Sunil Narine of Kolkata Knight Riders was the greatest performer in the last IPL for his impact with both bat and ball, but the official best batsman and the best bowler awards went to someone else.

For IPL to have the same passionate following for years to come, it must engage all kinds of followers and not just lovers of fours and sixes. And that is why IPL coverage must take care of the cricket nerds—the discerning members of the IPL fan club.