Thanks for coming, Afghanistan

In a crowded Indian cricket calendar, an Asia Cup tournament was a hindrance. As players, too, we felt that way. It never quite had the charm that other non-bilateral series had. But, after this year, things will change. Asia cup will be an event cricket fans will look forward to. Why?

Because now we have five teams of international standard out of which four are pretty evenly matched with India the clear number one team by a distance. So, henceforth, the fun will be about the four teams—Afghanistan, Sri Lanka, Pakistan and Bangladesh—fighting for a chance to play India in the finals and win the Cup. India will have to carry the burden having to keep its position as ‘numero uno’. They cannot even blink as these four teams are perfectly capable of upsetting them. 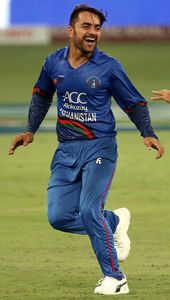 That the Asia Cup will always be played in Asian conditions means that these teams are all playing on pitches they are familiar with. In overseas conditions, the competition between the four teams I mentioned, would not be so close.

India won the 2018 Asia Cup, but this year’s edition of the tournament will be remembered more for Afghanistan’s exploits and their rise in international cricket, ripping off of the tag of minnows put on them.

They played five matches, won two, nearly three. If it were their nights, they would have beaten Pakistan and Bangladesh twice and also beaten (albeit not at full strength) India, a match that ended in a tie. Afghanistan’s rapid rise confirms the fact that more than infrastructure and sophisticated academies, it is really inspiration and a drive from within that fuels the growth of a player or a team.

Afghanistan wants attention, success and fame, and cricket has become the medium to achieve these goals. Everyone wants success and fame, but considering the situation back home for the Afghanis, I guess they want it more badly than others.

Rashid Khan, their fantastic wrist-spinner, a high value cricketer in T20 leagues around the world, is their poster boy now.

Rashid Khan is a game changer for all teams that he plays for, like how he is invaluable for Sunrisers Hyderabad in the Indian Premier League. You can just imagine what effect his showings in the IPL would be having on all those young boys in Afghanistan.

When you are growing up with an impressionable mind, nothing stimulates the urge to become a star more than watching a star at his peak. It was Sunil Gavaskar for me. For many 12-year-olds, it must be Rashid Khan. If he can do it, why can’t I? They must be thinking.

Rashid Khan, in a recent interview, said there are hundreds of wrist-spinners like him back home, including a few within his family. So, don’t worry. There will be a regular supply of these game-changing wrist-spinners from Afghanistan that all private leagues will be wanting to have a piece of. There is already Mujeeb Ur Rahman who plays for Kings XI Punjab.

It is great to see that the glamorous and lucrative T20 leagues have not spoilt their (Afghanistan’s) players. Their desperation to win international matches is the same. I guess they don’t know any other way to play. They are a very likeable team, too, and hence a welcome addition to the shrinking pool of quality teams in international cricket.

They are not over the top with their aggression or celebrations, high adrenaline moments are handled with an air of calmness by these guys—a rarity in today’s cricket.

Thanks for coming, Afghanistan. Hope you have a long and enjoyable stay in international cricket.