Those of us who walked into the Navy's Kota House mess for a quickly-called afternoon tea with the three military chiefs were shocked to see the defence minister, too, waiting for us.

It had been a turbulent week. The IAF's transport pilots were upset that fighter pilots would be paid Rs10,000 more a month, as advised by the 5th pay panel. The reason: flying IAF's old fighters was risky. 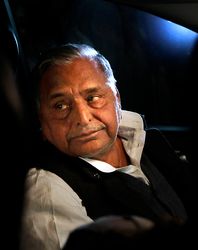 Since soldiers cannot protest in public, their wives took to the streets, picketing air bases, blocking flag cars. The press reported it all, at times as 'mutiny'. It was then that media director Swagata Ghosh called us to tea with the chiefs.

The chiefs briefed us in detail, admitting their failure to foresee the angst in an officer's mind when he sees a brother-officer getting 10,000 more in his pay cheque (a television set cost Rs5,000 then). A committee would review the matter, they told us.

Then, Mulayam took over in his accented Hindi. “Friends, we are a free country. You can report anything if true. I have no authority to stop you. But I am making a request as one who knows most of you personally. The chiefs tell me that the English word 'mutiny' is a dangerous term in the context of the armed forces. I request you, please don't use that word.”

Believe me, none of us used the term after that. Slowly, the issue got defused.

That was Mulayam Singh. No expert in matters military, yet he deftly ran a difficult ministry for two years with his abundant common sense. It helped him handle strategic issues. When prime minister I.K. Gujral came under pressure from the US to give up our missile programme on the ground that Pakistan posed no threat, Mulayam took an An-32 to Leh, landed in the Siachen base camp, and asked the troops who had been restrained: “What are you waiting for?” As guns opened up on the world's highest battlefield, not even Bill Clinton could ask Gujral to spike his missiles.

Common sense and political deftness had enabled Mulayam to rise as the Janata Dal's chief minister in Uttar Pradesh against the wishes of V.P. Singh in 1989. Though initially cool, Mulayam picked up V.P.'s Mandal card, and paired it with his minorityism to take on the Ayodhya-charioteering L.K. Advani, and to shoot down the kar sevaks from atop the Babri mosque domes in 1990.

The Great Gambler of the Gangetic Plain loved taking risks, but always under an insurance cover. His anti-BJP politics in the 1990s was covered with a secular-left insurance policy given by his friend, the communist grandmaster Harkishan Singh Surjeet who helped make and unmake anti-BJP coalitions. The two fell apart when Mulayam felt slighted after Surjeet took his aide Amar Singh uninvited to Sonia Gandhi's dinner, where he was given a cold-salad look.

Mulayam's suppressed anger burst forth when Sonia, who was trying to make a government after bomb-maker A.B. Vajpayee's government fell for lack of one vote in 1999, slighted him again. Watching her on television referring to him as just “Mulayam Singh”, with neither a 'ji' nor a 'Shri', and not even a 'Mr', a seething Mulayam ranted and railed at Surjeet, and refused to support Sonia's bid to make a government.

The rest is history. With no one able to make a government, president K.R. Narayanan ordered polls, and Vajpayee returned with a bigger mandate. Later, Mulayam would have his revenge on the communists, by deftly supporting nuclear-dealer Manmohan Singh against the wishes of the left.