5G hare and an old tortoise

It is transition time on this page, where Sachidananda Murthy has been engaging and enlightening you with his 'PowerPoint'. With his deep insight into national and global issues, spectacularly large perspective, and an uncanny ability to explain complex matters of statecraft in lucid language, he had made this one of the turn-to pages in THE WEEK. He has chosen to retire, take more care of his health, spend more time with his loving wife, read more books, watch more movies, listen to more music, and have more fun.

Now Philip Mathew, editor of THE WEEK, has tasked me, who has been going round the mulberry bush called 'PMO Beat', to take you on a cross-country 'PowerDrive'. We may stray overseas occasionally. 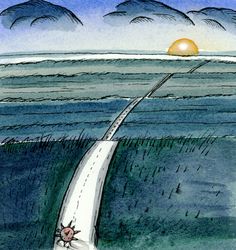 The title, as you have guessed, has been chosen to signal continuity with change. The column will continue to be about power, the elixir of political life that charges up our elderly netas like Ashok Gehlot to drive faster than a young pilot. So hop in, ladies and gentlemen; let's go for a test drive.

Come to think of it, this is the right time to start a column called PowerDrive, just after Narendra Modi has renamed India's driveway of power which India's most powerful men and women drive up and down every day, as Kartavyapath. That is part of his party's plan to construct a new narrative of nationalism where the 'shameful' legacies of colonial India would be erased, but where the memories of the ancient—real and imaginary—would be glorified. What about the medieval of the Khiljis, the Tughlaqs and the Mughals? Well, was there such an age?

Modi is on a shock-and-awe drive, not just down the Kartavyapath, but across India announcing, opening, and launching projects and programmes that should get him votes. At times, he is hitting even the rail tracks. Last week he rode a new fast train from Gandhinagar to Kalupur, and then travelled back on a metro. Sitting in Delhi in the weekend, he crossed over into 5G speed—can be up to 10gbps—test-driving a car parked in Sweden.

His party president, the genteel J.P. Nadda, is on a cross-country, exhorting party leaders to get the BJP lotus a mud-hold in 144 seats which it had narrowly missed winning in 2019. His partymen are said to have told him about 1.1 lakh booths which need special attention. Nadda told them to make route maps into a few thousand of those booths.

Nadda's first term as party president is ending in January, but no one in the BJP is talking about a succession issue. Clearly, the good gent is assured of a second term, which party rules permit. That lets him have the peace of mind to address 1.1 lakh problems at the same time.

The problem is a bit paradoxical in the Congress, which seems to be driving without a GPS device or even a compass. It has a designated Prince of Wales, or Yuvaraj as we in India that is Bharat would like to say, but he doesn't want the crown. He is on a slow power-march from Kanyakumari to Kashmir and beyond to Ladakh. That, he hopes, should energise the party's foot soldiers and well-wishers into a power drive.

But then, the Congress's problem is not a lack of cadre or well-wishers. The latter are there in millions, and the cadre will come back if the warlords stop fighting among themselves and focus on people's issues. Rahul ought to address this on his long walk, which otherwise may look more like Chandra Sekhar's futile foot march than Mao Zedong's long march to power. And by the time the walker reaches what he thinks is his path of duty or Kartavyapath, he may miss the bus too. Voters may say, take a walk.