Do you still get the books of Olaf Caroe, C.E. Yate and Frank Martin in Delhi?”—a bookseller whispered in my ear while I was rummaging through a second-hand bookshop in Kabul in the winter of 2001. He was afraid of being overheard by the Taliban who had fled the city three days earlier.

I was puzzled. Why was a Kabuli kitabwala at the turn of the 21st century asking for books on Afghanistan and the frontier people written by British colonial officers?

An Indian diplomat explained to me later. Hundreds of copies of those books, reprinted in Delhi’s Daryaganj allegedly on the R&AW’s orders (some say, the KGB’s), had been dumped in Afghanistan on the eve of the Soviet exit in the late 1980s. The sight made Pakistan’s ISI see red not just over the Durand Line, but all over the snows of the Hindukush. 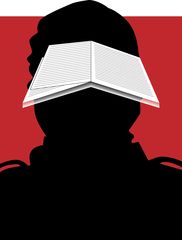 The books contained no state secrets, but only some history, anthropology, sociology and ethnology of the 30-odd major Pashtun (Pathan or Pakhtun, if you please) tribes who straddle the Af-Pak border, which was once the frontier of British India. A few had references to the line that Sir Mortimer Durand (see Tailpiece) had drawn in 1893 on a map that he had attached to a one-page deed between British India and Amir Abdul Rahman Khan of Afghanistan.

The Durand Line is said to have been drawn arbitrarily, only to indicate a convenient limit up to which the mutually suspicious British Indian and Afghan regimes may extend their strategic reach, and not as a border of sovereignty. Both regimes left the frontier tribes on both sides to themselves, their laws, customs and practices, letting them cross the line wherever they wanted as long as they didn’t let the armies of the other side pass.

India’s book assault, launched a hundred years later, just when the Afghans were kicking out the Russian invaders, was said to have been okayed by Rajiv Gandhi. It was meant to remind the Afghans, who were rebuilding their nation-state, that they had claims to large swathes of Pashtun territory to the east of the Durand Line. But before the Pashtun tribal-nationalist spirits could be kindled, Pakistan’s ISI, already having ‘mujahideened’ the Pashtun minds against the Soviets, inflamed their clannish passions with religious bigotry. The cocktail of religion and tribalism, stirred with the barrels of Kalashnikov, proved lethal not only to Afghanistan and to India’s Kashmir, but to the world itself.

That was the second chance India missed to befriend the Pashtuns. The first was at the time of Partition when Mahatma Gandhi’s friend Khan Abdul Ghaffar Khan led an incredibly non-violent movement among the feud-loving Pashtuns against merging their land with Islamist Pakistan. India-loving Pashtuns in Kabul, including Hamid Karzai, still swear that they were let down by India.

Now, a third chance has come up. The Afghans are rebuilding their state for the umpteenth time. There are again stirrings of pan-Pashtunism among sections of the frontier tribes. Will the Narendra Modi regime reach out to them, as India had reached out to the Tajiks, the Uzbeks and the Hazaras all these years, and kindle their values of Pashtunwali in place of religious bigotry?

Tailpiece: Apart from the famous border line, Mortimer Durand, who was India’s foreign secretary, lent his name to Asia’s oldest (and the world’s third oldest) football tournament, too. Conscious of the value of sport in a healthy life while recovering from an illness, he started the Durand Cup at Shimla in 1888. Its 130th edition is on currently in Kolkata.