If govt hasn't pegasussed critics, did China and Pakistan do it, asks R. Prasannan

Phone tapping and bugging used to be dirty games. Snoopers used to leave bugs in target offices, and cover them up with chewing-gum blobs. Janitors in high offices often spotted disgusting gum blobs over grooves and cavities on chairs, tables, shelves, sides of air-conditioners, corners of skeleton-containing cupboards, and over dead ‘flies on the walls’. Governments spent huge sums to get offices ‘swept’, phones debugged, floors scrubbed, furniture replaced, and walls painted periodically.

Spy lore has it that the IB’s debuggers found blobs on a phone cradle in the PMO when they were ‘sweeping’ the place for V.P. Singh to take over in 1989. We don’t know whether predecessor Rajiv Gandhi had been a gum-chewer, but there had been scandals—unconfirmed, of course—about spies in his PMO. 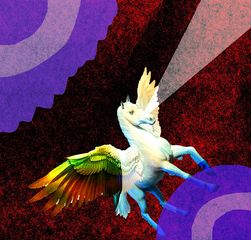 Pranab Mukherjee once spotted 16 gum blobs in his finance ministry office (poor Pranab must have puked that whole night), and asked to get the room ‘swept’. Either he was being ‘tap-goofy’, as the Americans call those who are paranoid about being tapped, or his ministry, which was demanding retro-tax from overseas companies, was getting nightly visits from habitual gum-chewers.

All these are old spies’ tales now, after Pegasus winged its way into our smartphones and made a clean sweep. No more of those yukky gum blobs in the nooks and crannies of office rooms. Snoopers will no longer be scraping your phone wires to make parallel connections; there won’t be any whirring sound when you make calls, no call drops or strange clicks. You don’t have to take even a missed call to get bugged. If you are a target, Pegasus will do it on you as if you had been under general anaesthesia—no pain, no stitches. You won’t know that you are being bugged, or whether you had ever been bugged.

Made by Israel’s NSO Group and named after the mythical Greek winged horse that was tamed by Bellerophon, Pegasus is the world’s most advanced phone-tapping programme. It sneaks into the target’s smartphone, infects any app in the device, listens to the target’s calls and posts, picks up all his data, transmits all that to its controller, and yet remains invisible.

So far so smart. But just like the winged horse was spotted by a village lad who guided Bellerophon to seize and tame it, a poor rights activist in the UAE got an anonymous phone message examined by Citizen Lab, a digital rights watchdog, and discovered Pegasus.

A media consortium has now stumbled on a database that lists more than 50,000 people across the world as possibly being pegasussed. Much to the distress of the Narendra Modi government, several of its critics in the opposition, the media and civil society, as also some of the suspect ministers, civil servants and a lady who had accused a former top judge of harassing her for sex, figure in it. The opposition is now crying hoarse over the horse, and seeking a Parliament discussion and a probe, but Modi’s ministers ask: where’s proof?

Therein lies the opposition’s problem: how can one dig out proof about an entity whose USP is that it leaves no proof?

But they have a counter: the NSO has sworn on all that is holy that it sells the spyware only to governments. If it is not the Indian government that has pegassussed its critics, then who? China, Pakistan, or any other? In that case, isn’t it all the more incumbent on the government to order a probe?

Moreover, why should Xi Jinping or Imran Khan spend millions to spy on a poor court clerk in India who had accused a chief justice of sexual harassment?