Under Modi 2.0, GoMs are back in debating more issues: R. Prasannan

Modi came to power deriding the Manmohan Singh team that was a bloated behemoth with 79 ministers, and promising maximum governance with minimum government. Now, seven years later, we are not sure whether governance has been getting maximum under Modi, but his ministry is getting maximal and mammoth-like with 77 ministers—the third largest in 30 years.

Modi also came in mocking at Manmohan’s committee governance, which was blamed for the UPA’s policy paralysis. Manmohan, if you recall, used to form committees and groups of ministers (some empowered to take decisions, the rest recommendatory) at every drop of the Sensex. Apart from the about ten standing committees of the cabinet, such as political affairs, economic affairs, parliamentary affairs and security, which had existed under various names since Nehru’s time, he used to form GoMs and empowered GoMs for tackling ticklish issues.

UPA-2 had a total 68 GoMs and 14 EGoMs, which reviewed fertiliser policy, sought ways to help Bhopal gas victims, monitored Commonwealth Games preparations, debated whether hijackers should be put to death, wondered how to settle the dues of the long-extinct Delhi Electricity Supply Undertaking, looked for a spot to erect a war memorial, and checked whether petrol and ethanol made good auto-cocktail.

Within a fortnight he went for the big kill, abolishing four of the cabinet committees, rejigging the remaining five, and going for what we thought would be a lean, mean, clean and fast government. It was also thought that the move would restore the authority of the cabinet in decision-making. 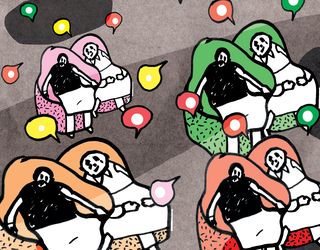 Easier said than decided or done. As the cares of governance gathered into crises, Modi too looked for committees. Informal groups were formed initially; soon they were formalised and even notified as ‘alternative mechanisms’—one to sell minority stakes in sarkari companies, one to oversee bank mergers, one to examine the juvenile justice Act, one to monitor Ganga cleaning, and so on. It is another matter that Arun Jaitley, who headed most of them, could not once tell us as to what they were ‘alternatives’ to.

Under Modi-2 the ‘alternative’ camouflage, too, is off. The GoMs are back in sitting, debating more issues, minuting more notes, drinking more tea, and making more recommendations. One group in 2019 got the Metals and Minerals Trading Corporation to import onions, another looked at how water pipes could be laid to all homes, a third worried how to stop mob lynching and so on.

The cabinet committees, too, are alive, expanded and talking, with more members in most of them after the recent reshuffle. By the last count on July 20, Modi has eight cab-coms—political affairs, economic affairs, security, investment, and employment and skills headed by himself, parliamentary affairs (Rajnath Singh) and accommodation (Amit Shah).

The eighth is the committee on appointments with only the PM and Amit Shah in it. This committee, which decides on appointments of joint secretary and above, does not meet physically. Decisions are taken by passing the files.