Under Modi, governors are finding their spines: R Prasannan

West Bengal Chief Minister Mamata Banerjee says she has written thrice to Prime Minister Narendra Modi seeking recall of ‘meddling’ Governor Jagdeep Dhankhar. You should have written to the president—snapped Adhir Ranjan Chowdhury of the Congress. That’s typical of political rivals—even when they agree on the end, they disagree on the means.

Fact be told, Mamata had written to the president too seeking to sack Dhankhar. That was in December, months before the assembly polls which, she thinks, she won despite the governor and the Election Commission.

It is the president who is pleased and constitutionally privileged to make and sack governors. Even when it is a sack order, presidents say they are ‘pleased’. That’s perhaps a sadistic constitutional pleasure that they inherited from the kings of England. Their majesties took pleasure even in ordering executions.

Law be told, the king and the president are never displeased. Truth be told, it is the prime minister who is pleased to post governors and displeased to sack them. No governor can survive even for a day in the Raj Bhavan if he has incurred the displeasure of the prime minister. It was on Modi’s pleasure that Dhankhar went to occupy Wellesley’s palace, and has been reigning over West Bengal and reining in Mamata.

Mamata and Dhankhar have been feuding for the last several months, but what has now got the CM’s goat are his visits to spots of post-poll violence and his politically loaded tweets. Dhankhar says he hasn’t seen “such post-poll violence after independence,” and yet the “administration is not taking any action.” Mamata counters that the governor is being politically partisan. 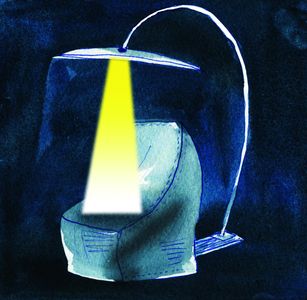 Governors have often been accused of being the Centre’s agents, especially so in the seventies and eighties when Indira Gandhi overlorded India’s political landscape. So much so, THE WEEK ran a hard-hitting cover story in the 1980s with a headline: “On Her Majesty’s Service”.

Constitutional pundits would tell you that it was the Bommai judgment that changed all that. They even divide the history of gubernatorial conduct as pre-Bommai and post-Bommai. It was the 1994 Supreme Court judgment in the case that S.R. Bommai had filed against his dismissal as Karnataka CM that decided, once for all, that legislative majority will be tested and settled only on the floor of the legislative house, and not in the governor’s house. Indeed, incidence of invoking Article 356 to impose president’s rule came down from 63 during 1971-1990 to 27 during 1991-2010.

Truth be told, gubernatorial activism or restraint has got more to do with the changed nature of Indian politics and prime ministership, than with the Bommai judgment. With coalition and minority governments in Delhi—most of them at the mercy of provincial parties—the PMs of the 1990s and 2000s had little latitude in the making and sacking of governors and chief ministers.

Since 2014 we have been back to single-party majority rule and imperious prime ministership. Governors are now finding their spines, newer ways to needle chief ministers, and ingenious ways to cross the Lakshman Rekha that the Bommai judgment drew around Raj Bhavans.

Tailpiece: Though regarded highly as a bar leader in Rajasthan and a thinker on matters judicial, Dhankhar has had a low political profile for three decades. The last time he grabbed frontpage headlines was when he resigned his deputy ministership in protest against V.P. Singh’s sack of Deputy Prime Minister Devi Lal in mid-1990. He took back the resignation the next day.