R. Prasannan: Will the coalition against China in Indo-Pacific work?

It is official—the Quad is born. The rulers of Australia, India, Japan and the US got together in cyberspace last week, and gave it spirit. In a joint statement, which they called ‘The Spirit of the Quad’, they swore to strive for an Indo-Pacific “that is free, open, inclusive, healthy, anchored by democratic values, and unconstrained by coercion.”

No mention as to who was applying coercion, and making the region unfree, closed, exclusive, unhealthy and undemocratic. Diplomats don’t vilify the villains by name. 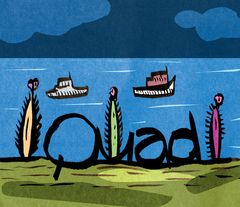 Indo-Pacific is a term coined early this century to refer to the geostrategic space that stretches from Africa’s east coast till America’s west coast (don’t run your eye westward; you will lose your way in the African or Amazon forests). It encompasses the Indian and the Pacific Oceans through which most of the world’s metals, minerals, manufactured goods, guns, gas and oil are being traded.

Naturally, most of the world’s warships are going to be around these waters. Strategic rajgurus say, the power politics of the next few decades will be played around this region, just as it used to be played around the Baltic, the North Atlantic and the Mediterranean in the bygone centuries.

Geostrategists come up with such theories and doctrines now and then which inspire statesmen to get visions (also daydreams) on how to shape the world. Didn’t we see how Xi Jinping, inspired by Genghis Khan’s Golden Horde, has been getting visions of building silk roads and golden belts?

Early last century Sir Halford Mackinder, regarded the father of geopolitics, came up with a theory that power and politics would flow from the heartland of Eurasia. Inspired by Alfred Mahan who had championed seapower, Nicholas Spykman pointed out that Mackinder’s heartland was peopled by peasants, and that the more industrialised and seagoing rimland of Europe had a higher potential to dominate global politics.

Though neither of these theories was meant to be doctrines for global powercraft, Spykman’s vision is said to have inspired the US to encircle and contain ‘heartland’ Soviet Russia during the Cold War. A series of military pacts were signed, starting with the old rimland powers of the North Atlantic. Most of the pacts were dissolved in a few years, but the North Atlantic one survived the Cold War, and is still punching beyond its weight.

Russia’s decline and China’s rise have shifted power politics further eastward. As the sun rose on the new century, the world found China asserting in the waters of the east and even reaching out to the south. Techno-smart Japan in the east, and resource-rich Australia deep south, both of which had been lying cosy under the US security umbrella during the Cold War, began to get nightmares.

It was Japanese PM Shinzo Abe who first thought of a security dialogue among the Indo-Pacificans with India in it. He had seen how India had used its warships to reach succour to the tsunami-hit Indian Ocean littoral in 2004. He had also seen how the navies of the old rimland powers were queuing up to exercise with India. Soon Australia was interested, and so was the US which had got tired of being a global Lone Ranger.

Initially shy of getting into security pacts, Narendra Modi sought to mollify China with good words, trade pacts and Doklam deal. But the bully didn’t change his ways; his nasty push in Ladakh was the last straw on the Indian elephant’s back.

The Quad is only a security dialogue yet, and not a pact; but don’t be surprised if it becomes one in our lifetime.