The wrath of the Sindhuputras

Narendra Modi says his intentions behind bringing the farm laws were “as pure as the waters of Maa Ganga”. No quarrel. He might have genuinely believed that his three laws would free our farmers from the clutches of merchants, middlemen, mandi mafia and the mandarins who decree minimum support prices.

But the sons of Maa Sindhu have not taken kindly to the laws. Rightly or wrongly, they fear the new laws would leave their crops, which were once at the mercy of the monsoon (till Jawaharlal Nehru built Bhakra Nangal), to the mercy of the corporates. The laws have enraged them so much that they have been besieging Delhi, and muddying the waters of the Yamuna. 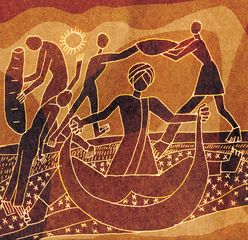 The mistake that Modi committed was in taking the Sindhuputras for granted. As had been discussed in this column on several occasions, laws made in haste will be regretted at leisure. Ideally, bills are put in the public domain weeks ahead for public debates from which law-drafters can draw informed opinion. Once a bill is introduced in the legislature, the wise men there should get time to discuss it, dissect it, debate it or damn it. They may even send it to a committee where members shed their party loyalties, bare their true minds, exercise their brains, consult outside experts, give their objective opinions, and help refine the bill.

None of these procedures was followed in the case of the farm bills. The government used its brute majority to reject the opposition’s demands for scrutiny by a committee, and got the bills passed in a few hours. Even the demand for a division, the procedure by which the votes are counted in the house, was overruled.

Indeed, as the government claims, reforms of the kind that the laws will bring about had been demanded by several farmer bodies over the years. The Shetkari Sanghatana, the first post-Green Revolution farmer movement that took western India by storm in the early 1980s, had been seeking these reforms, and so have been several movements since. In that sense, the bills may be welcomed by most of India’s farmers, the millions who till the lands on the banks of the Ganga, the Brahmaputra, the Narmada, the Krishna, the Mahanadi, the Godavari, the Sharavati and the Cauvery.

But that cannot be an excuse for ignoring the concerns of the ones who have been ploughing on the banks of the Sindhu’s tributaries. They have been feeding this land and its billions since decades, and ought to have been heard before laws that affect them were made. They may be a minority, but then democracy is not about imposing the will of the more over the fewer. That would be, as J.S. Mill had said, tyranny of the majority.

The Sindhuputras are not just any other minority either. They have been sending their sons in thousands as jawans in the Army. The kisans of Punjab and Haryana have not only been wielding the ploughshare to feed us since the age of the Harappan granaries, but also wielding the sword and the gun to guard the frontiers since the days of Porus and Alexander. Even when fighting the rulers of Delhi, they had been lending their might to fend off the Nadir Shahs and Ahmad Shah Abdalis who coveted the riches of India. Calling them Khalistanis, as a few in the BJP have done, is worse than biting the hand that feeds.

Tailpiece: Shiromani Akali Dal faction leader Sant Fateh Singh had announced a fast and even self-immolation to press for the Sikhs’ demand for a Punjabi Suba in August 1965. War with Pakistan broke out just then. The rebel sant promptly called off the agitation “in the larger interest of the nation” and sent money for the war effort.