Blundering in the Himalayas

If there is one poem that all diplomats should be made to read, it is Robert Frost’s Mending Wall. It is about a wall that ran between the poet’s apple orchard and his neighbour’s pine farm. The rubble on the wall often came loose in winter, and the neighbour insisted on mending it every spring.

Frost may have inspired our first prime minister Jawaharlal Nehru with his “miles to go” lines, but from Mending Wall, it appears he was as lazy as a toad. He just could not fathom why the wall had to be kept intact. After all, “my apple trees will never get across, and eat the cones under his pines.” Neither of them had cows that would stray into the other’s farm. Yet, the neighbour insisted and doggedly repaired the wall every year, always saying “good fences make good neighbours.” 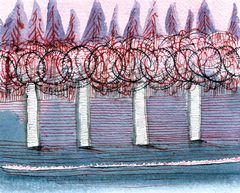 India has been a bit like Frost—neglecting the work on our boundaries. And Nepal has been like the neighbour—insisting on mending them. Or so it seems from what Nepali diplomats say.

India and Nepal have been good friends most of the time (except on rare occasions such as when Hrithik Roshan opens his mouth, or S. Jaishankar dictates articles of other people’s constitutions). Like all good neighbours all over the world, the two countries have been having minor border brawls on occasions—mainly over the Kalapani issue that is now more than two centuries old. But the feud rarely came in the way of trade, travel or even troop recruitment of Nepali Gorkhas into the Indian Army.

During his 2014 visit to Kathmandu, Prime Minister Narendra Modi agreed with his counterpart Sushil Koirala that their foreign secretaries would “work on outstanding boundary issues, including Kalapani and Susta”. The Nepalis say they have since been asking for a date, but Indian diplomats have been dragging their feet.

Meanwhile, our border road-builders, who work under the defence ministry, have been busy as bees. Wanting to do their bit for our pilgrims’ progress to Kailash-Mansarovar, they have been building a shortcut at 17,000ft from Dharchula in Uttarakhand to Lipulekh on the Tibet border. Not only did they build much of the road, but also got their minister Rajnath Singh to e-open it on May 8.

Hardly had Rajnath signed out of the weblink when all hell broke loose in Kathmandu. The road has been built through our land, protested Nepal’s Foreign Minister Pradeep Kumar Gyawali. He summoned the new Indian ambassador, Vinay Mohan Kwatra, and gave him an earful. That was quite an affront, especially since some of Kwatra’s predecessors had behaved much like viceroys, as former foreign secretary Jagat Mehta had admitted once.

For all we know, the Nepalis may be seeing ghosts where there are none. The road may actually be running through our apple orchard, and not their pine farm. Even so, should we not have, as a good neighbour and the bigger of the two, convinced the Nepalis of that?

Now the South Block says, we will talk after the lockdown is lifted. But the Nepalis are not listening. They are thinking of sending armed guards to the disputed stretch.

A minor crisis! But one that could have been avoided.

Tailpiece: The first European who explored Mansarovar, William Moorcroft, had also taken the Uttarakhand route. He travelled all across the Himalayas, often in disguise, in the early 1800s, seeking good horses for the East India Company and pashmina goats to be taken to England.