The urbane and dignified Naresh Kumar

The world was still young and fresh, and life was an adventure waiting to unfold. I was not yet 12. A Phillips transistor radio, gifted by my grandfather, had dramatically changed the quality of my life. Priced at Rs99, it was starkly simple: an on-off switch, a small dial for volume control and another larger one for tuning. But it held a world inside: the news from AIR, English music on Delhi B and Hindi film songs, interspersed with jingles, on Vividh Bharati.

Most importantly, there was the cricket commentary, the ball-by-ball account of cricket matches happening in other cities, or even other countries. Pearson Surita, Devraj Puri, Bobby Talyarkhan, Suresh Suraiya and others painted word pictures of green Ovals, turning wickets, lengthening shadows and epic struggles between bat and ball that bewitched listeners for hours.

Somewhere in that summer of 1969, fiddling with that tuning dial I chanced upon live commentary of another game: Tennis—and that, too, a Davis cup tie between India and Japan. To a boy who had never played that game—and regarded it as the preserve of the rich and privileged—the whole thing was mystifying. Why did the score move first from 15 to 30 and then from 30 to only 40? What was ‘let’ or ‘advantage’? And what the deuce was ‘deuce’? There was no Google to turn to, no YouTube with tutorials; the only way forward was to listen and imagine. 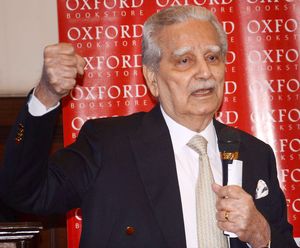 Soon a hazy understanding of the game began to emerge. Gradually, I figured out the combinations of games and sets; the change of service; the down-the-line and the cross-court. India trounced Japan 5-0 in that Pune encounter and I had new heroes—the three musketeers of Indian tennis: the supreme touch artist Ramanathan Krishnan, once world number 3 and nicknamed “Eastern Magic”; the dashing Premjit Lall of the filmstar looks who was to later die a sad and lonely death; and the ever-reliable Jaideep Mukerjea.

Along with them was another man, always around as non-playing captain or expert commentator—the urbane and dignified Naresh Kumar. I heard him on the radio and watched him on a black-and-white Toshiba TV set. His well-spoken manner and measured comments spelt a certain distinction. I was born a decade too late to have seen him play, but his achievements were legend. He had played Davis Cup for India for eight straight years in the 1950s, reached the singles fourth round at Wimbledon in 1955 and the doubles quarter-finals thrice and played a record 101 Wimbledon matches. He was to guide and mentor the coming generations of Indian tennis players for decades; in 1990 he famously gave a 16-year-old Leander Paes his Davis Cup break. The only time I was to meet him was at a lunch hosted by him and his wife, Sunita, in London. The company was daunting: Rupert Murdoch, Jerry Hall, Jeffrey Archer and his wife, all obviously close friends of the Kumars. It was not the right occasion for me to prattle on about my childhood admiration for him and the three musketeers, but our host’s easy charm and unassuming manner told me that I had not been wrong.

All this came to mind last week when news of Kumar’s passing appeared in the papers, tucked away amidst the hoopla surrounding Roger Federer’s retirement. The truths that one tends to forget in the push and shove of life surfaced again: It is not the prizes, the titles, the glory or the praise; what ultimately remains is the warm memory of the human touch, the quiet smile, the gentle word.