We have no uniform system of public library administration: Navtej Sarna

Development, as it is sometimes interpreted, took a hit in Patna recently. The planned route of a flyover was changed to avoid demolishing a part of the historic Khuda Bakhsh Oriental Public Library, open to the public since 1891. The flyover will not be as wide in places, or the traffic flow as freely, as planned.

But development’s loss is civilisation’s gain. Concrete pylons will not blight the lawn of this venerable institution, with its 21,000 oriental manuscripts, some written on palm leaves and deerskin; the Curzon Reading Room—built in 1905 to recognise the viceroy’s support—will not be sledge-hammered.

One wonders how things came to such a pass. This is not some run-of-the-mill building but an institution of national importance, declared as such by Parliament in 1969, fully funded by the culture ministry and with the Bihar governor as ex-officio chairman. Yet, ironically, the road construction department of Bihar wanted to drive a flyover through it. One official, his zealous heart set on development, clarified helpfully that the entire library was not being demolished, only five metres of the Curzon Reading Room. Small mercies. After months of anguished protest, someone took the right call. I would like to shake that person’s hand for saving Patna some major blushes.

Damaging a library, even for noble development, does not go down well with civilised people. A library is a repository of wisdom of those who have come before us, of those who know more than us. Be it a village room or an imposing institution, a library demands a hush, the soft step, the contemplative mood. For many, entering a library is an act of worship.

Those who destroy libraries attract undying ignominy. Nobody has forgotten that Bakhtiyar Khilji sacked Nalanda, that the Crusaders and Ottomans took turns to burn the great libraries of Constantinople, that Henry VIII destroyed the monastic libraries of England, that the Nazis set fire to Warsaw’s libraries, and more recently, Islamic extremists torched the treasures of Timbuktu. 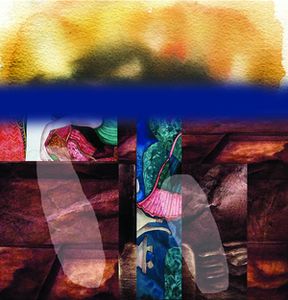 Libraries can also languish from apathy and neglect. The invaluable books and manuscripts at the Telangana State Central Library, Hyderabad, are dying a dusty death within its crumbling, marvellous walls. Patiala’s Rajindra Municipal Public Library, Mohali’s Government Library and the Sardar Vallabhbhai Library in Puranapul, Hyderabad, to name just three among 75,000, have suffered dilapidation, worsened by staff and fund shortages.

Despite multiple post-independence initiatives, there is no uniform system of public library administration. States follow different structures and financing patterns; only 19 states have so far passed library legislation—Madras in 1948 and Bihar in 2008—and only five have a library cess. The population is unevenly served: Uttar Pradesh’s 200 million have just 75 libraries while Tamil Nadu’s 68 million have 4,000. Central budgets go unused for lack of viable financial requests from states. One estimate shows that India spends seven paise per capita on the development of public libraries; the US spends $36. The loss ultimately is of the student looking for a quiet place to read, or a book that she cannot afford.

The Patna controversy should awaken us to the need to take a fresh look at these issues. States should be encouraged to share best practices and those lagging should pass the requisite legislation. Increased public and private investment should aim to build modern library infrastructure. The mobile library system should be energised to reach far-flung areas. Information may come from smartphones and digital platforms; education requires the reading habit, leading to true development. Otherwise, the traffic may flow faster, but it may be headed to a dead end.