The problems of plenty

And when the snow falls, you’re found in St Moritz

With the others of the jet set

And you sip your Napoleon brandy

But you never get your lips wet, no, you don’t

These lines from Peter Sarstedt’s memorable song ‘Where do you go to my lovely’ say it all. St Moritz and other tony resorts make Switzerland the playground of the wealthy. The rich, the famous and the beautiful gather there, not just to ski in the powdery snow but to frolic in luxurious hotels and restaurants.

But this year there is trouble in paradise. Rich European countries are clashing over the opening of ski resorts. In March, some Alpine haunts became Covid-19 hotspots; Ischgl in Austria—and if you cannot pronounce it, nor can I—known for its lively apres ski parties was particularly culpable. Not keen for a repeat, the European Union has dictated that ski resorts remain shut over Christmas and hopefully open later in the season. France, Italy and Germany have led the move followed by a reluctant Austria, dragging its skis.

But the Swiss have cocked a Matterhorn-sized snook at the EU. Calls by the French and Italian prime ministers to the president of Switzerland’s federal council have cut no ice, nor have protests in towns across the borders. They are determined to keep the resorts open even as they doff their Alpine caps minimally to social distancing norms by restricting numbers in ski lifts, trains and gondolas. It is ironic that the country that hosts the World Health Organization should violate one of its key tenets in the fight against Covid-19: solidarity. But then this too, the Swiss argue, is about health—after months of confinement people need fresh air and exercise. It is also about money which, as motivations go in Switzerland, leaves chocolates a distant second. Winter tourism brings big bucks and the neighbours on the other sides of the slopes are seething: Italy and Austria each stand to lose 10-15 billion euros and the continuing clang of Swiss cash registers will be particularly galling. 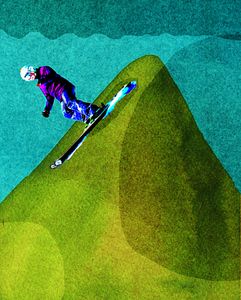 Meanwhile, travel restrictions will ground many of the five million Britons who normally celebrate Christmas abroad, and they have another kind of problem—the holiday budget is burning a hole in their collective pocket. A small but lavish Christmas celebration at home will take care of some of it but not with just any run-of-the-mill supermarket turkey. Luxury turkeys are de rigueur. These birds, according to the cognoscenti, are “hand-plucked, dry-hung, free-range”. An extra one million such turkeys are being reared to be cooked; they too must be praying for an early vaccine.

Desi big spenders are also looking for creative ways to unload the stuff. Even as the Pfizer vaccine got the nod, travel agents received queries from well-heeled, visa-equipped Indians for vaccine tourism to London and began sounding out airlines, hotels and hospitals for a three-day package. Imagine the itinerary: Day 1: arrival and dinner at Mayfair Residence of London NRI; Day 2: vaccine, a stroll down Oxford Street for the last Christmas sales at a dying Debenhams; Day 3: 9 holes at the country club, lunch at Four Seasons with other rich Delhiites also there for the vaccine and the obligatory shopping at Fortnum and Mason. Back home on Amrita Shergill Marg before India has even woken up to cold chain issues. Good planning, except that the creaking UK health system is not exactly waiting to vaccinate tourists.

The American novelist F. Scott Fitzgerald once wrote: “Let me tell you about the very rich. They are different from you and me.” Yes, they have different problems, and different solutions.