When Lords is not cricket

Just when we as a nation were wondering how Indian would Kamala Harris be, an Irishman has come forth boldly to throw light on the matter. Lord Kilclooney­­—no I am not making this up—a member of the House of Lords, tweeted: “What happens if Biden moves on and the Indian becomes president. Who then becomes vice president?” Very Clear: Indian. No hyphenated ‘American’, before or after. No emoji of a head dress of eagle feathers, or of a dusky sari-clad lady.

But these are sensitive times and a furore of complaints erupted, some even seeking his removal from the House. Lord K then proceeded to pour the oil of ignorance on his bonfire of bias: he had called her “the Indian” because he did not know her name—though it wasn’t some unpronounceable Indian name but Harris, just like the tweed next door. He also couldn’t help a smug aside that the tweet had resulted in his highest single day spike in followers, oblivious to the fact that every follower is not a fan.

He continued to wade into deeper waters. “Indians are amongst the most reliable people,” he said, “I have two tenants….” Right, here’s the unspoken text: so what if they are dark and have strange accents, so what if strange smells emanate from their kitchen and they do make the oddest patterns with coloured chalk on the doorstep, the rent does come in punctually. One would have thought this low life would have tried not to pay but surprisingly they are “reliable”. 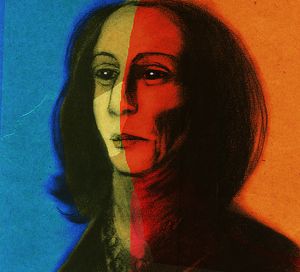 Lord Kilclooney is a bit of a pro at this. Two years ago, he referred to the then Taoiseach of Ireland Leo Varadkar as a “typical Indian.” If someone had asked him what exactly he meant, the answer would have no doubt led to more entertainment. Then, in trying to mop up after him, he said that Varadkar was, by his own admission, “half Indian” and that Indians were a “great race”. Race! I suppose there is no point trying to explain to the Lord the racial diversity of India.

1.3 billion Indians would be justified in taking a good look at Lord Kilclooney himself. For those who haven’t been following, for whatever reasons, his meteoric career too closely, he is actually John Taylor and was, as they say, on those islands, created a life peer as Baron Kilclooney of Armagh, in the county of Armagh. If you don’t know where that is, join the populous club. His biodata also informs us that he sits crossbench in the House of Lords, which does appear a rather odd way to sit in public. He also sat on the Northern Ireland Policy Board for five years, presumably cross-legged. He is the life and soul of the Farmers Club and the County Club of, you guessed it, Armagh.

Lord Kilclooney is one of 800 or so Lords in the House—only such sterling democracies like China, Kazakhstan and Burkina Faso have larger second chambers. The majority of the members are life peers and only a decreasing number hold hereditary peerage. Prime Ministers pack the House to keep it in their favour: David Cameron gave away as many as 190 peerages. Reforms to reduce numbers or introduce a retirement age get nowhere, scandals regarding expenses claimed keep the tabloids busy and though nobody will admit it, there are always whispers that someone or the other bought a peerage through political donations. The short point is that nobody needs to take Lord Kilclooney seriously, least of all us Indians. In any case, Kamala Harris is American.