London steals a march over Washington, DC with its drollery, if that is the mot juste that Jeeves would have approved. Nothing is allowed to get too serious. Most issues are talked down, understated, joked about. It is classy to be self-deprecating; the weighty traditions of Westminster and Whitehall are mollified with calculated casualness.

Washington, DC, by contrast, is a serious town, overrun by crusaders wrapped in earnestness. The ponderous senator, the clean-cut Congress staffer, the bow-tied lobbyist, the pensive columnist, the think tank academic—their righteous shoulders seem weighed down with the burden of protecting the free world. Probity, transparency, accountability are the catchwords and breaches are examined with a gimlet eye; if someone is caught, he apologises on camera, with a faraway look and quivering lower lip, the long-suffering wife at his side.

When allegations surfaced of Vladimir Putin playing favourites in the 2016 US election, the Americans got all hot under the collar as if the very heart of their democracy was under threat. The intelligence agencies rolled up their sleeves, spat on their palms, and produced a report within two months. “Russia’s goals were to undermine public faith in the US democratic process, denigrate secretary [Hillary] Clinton, and harm her electability and potential presidency. We further assess Putin and the Russian government developed a clear preference for President-elect Trump,” they concluded.

President Donald Trump bounced this hot potato from one teleprompter screen to the other for three years. There was a lot of broken china: NSA Michael Flynn, FBI director James Comey and finally Attorney General Jeff Sessions lost their jobs; a special counsel, Robert Mueller, was appointed and Trump tweeted 300 times, fulminating against the “witch hunt”. A bipartisan Senate Intelligence Committee produced five voluminous reports upholding the findings of the intelligence agencies. The Russian ambassador quickly ran out of lunch companions, his very shadow the kiss of death. All so New World, almost nouveau riche. 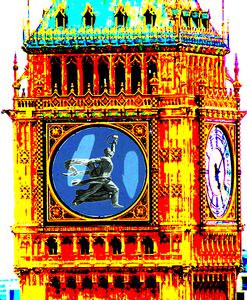 On the other hand, allegations of Russian meddling in the Brexit referendum were treated with old world elegance. Ministers looked away and the intelligence agencies took the hint—as befits a nation on whose empire the indefatigable sun never set. No point poking around, since anyway the bets on the referendum had already been placed at Ladbrokes and Wimbledon was around the corner.

Finally, the Parliament’s Intelligence and Security Committee (ISC) investigated, but Downing Street stalled the release of its report for nine months; haste is so gauche. The press conference on the report was an appropriately underplayed affair in the library of the Army and Navy Club, a green curtain drawn to partially hide the bookshelves. The sound arrangements were iffy—it is bad form to appear terribly efficient.

The hard-hitting report revealed much, except on how deep and successful was Moscow’s meddling. Naturally, since no one asked that question in the first place, hence no one knew: MI5’s input to the committee was all of six lines. The fact is that Russian billionaires—both friends or enemies of Putin—wield tremendous influence in London. Owning mansions and football clubs they keep an army of Londoners, including peers, in profitable business while donating liberally to political parties and cultural causes. Secret agents have free run of Londongrad, so nicknamed: the Salisbury and Polonium poisonings are clear evidence. Meanwhile, the ISC report breezily concludes that UK’s stretched agencies “took their eye off the ball.” The problem is that the Russians do not get this; you see, they do not play cricket.

But there is still time for a G and T.