A wonk no more

The Pew Research Center did an analysis in January 2017 of president-elect Donald Trump’s cabinet nominees as “one of the most heavily business-oriented” in US history. Business executives accounted for 33 per cent of Trump’s nominees, which is the second highest in American political history after William McKinley (1897-1901). The enigma of S. Jaishankar’s appointment as India’s external affairs minister needs explanation. 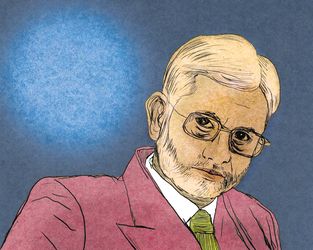 Six months into his second term, McKinley was assassinated by an anarchist, but his legacy continued as the national commitment to a pro-business, industrial and modernising programme and the trade reciprocity he had intended to negotiate with other nations. Similarly, the ‘realignment’ in India can be fateful.

Fundamentally, Jaishankar’s appointment must be seen as a prerequisite of the expected acceleration of ‘corporatisation’ of India’s political economy, a trajectory that commenced under Narasimha Rao. Corporations increasingly run India, including the media and political parties. The leviathans—Reliance, Tata, etc.—today employ similar tactics as Rockefeller or Ford foundations did once, wiring into the administration. The Tata Group, where Jaishankar was employed, has been a pioneer for decades.

The thrust is on preparing India for the free markets of corporate capital. One of the first decisions Jaishankar will take concerns the proposal for the manufacture of F-16 fighter jets by the Lockheed-Tata joint venture. Corporate India backed Modi because Rahul Gandhi may not be sufficiently ruthless against the growing resistance movement in India to the corporatisation process. Modi is capable of mutating—switching with delectable ease from dream merchant to messiah to monk, from corporate man to statesman.

A Shiv Shankar or Sushma Swaraj can no longer fit the bill as India’s foreign minister. The race for growth of corporate houses has spilled across the globe. After retirement, Jaishankar joined Tata Sons as president, Global Corporate Affairs. That ‘retooling’ prepared him for reassignment as EAM. The Tatas run more than 100 companies in around 80 countries. Therefore, don’t look for the policy wonk in Jaishankar as he returns to the South Block. The compass has been set on policy front well and truly. And, as for diplomacy, Modi has been at the crease long enough to make out a flipper from a top spin. Simply put, what he would find attractive in Jaishankar is that he is practical-minded and can be trusted to reach the destination.

What helps Jaishankar is that he has the blessings of the RSS. It’s a brave new world where the power equilibrium is being upended. If anyone were to brand Jaishankar as Modi’s trans-Atlantic messenger, that is only part of the story. His appointment is vital to the epochal project of India’s corporatisation—integrating India with the global market and removing barriers that impede free movement of American capital. Equally, the additional charge as minister of state for commerce for H.S. Puri, who brings in expertise in trade negotiations and tariff wars, can be seen as a related template.