There is no reason to disbelieve the recent news report that Sri Lankan President Maithripala Sirisena alleged during a cabinet meeting in Colombo about an Indian intelligence plot to kill him. The Sri Lankan elites know where the red line runs in any ‘anti-Indian’ rhetoric, and the allegation at the level of the head of state is extraordinary.

In a phone call to Prime Minister Narendra Modi, Sirisena later denied the report. However, we can anticipate that the allegation will keep popping up every now and then until its real purpose is served, namely, keeping Delhi off balance and warding off Indian meddling in Sri Lanka's domestic politics. Agriculture Minister Mahinda Amaraweera, a Sirisena loyalist, said the government would probe who ‘leaked’ the information to the media, since ministers are “collectively bound to uphold cabinet secrets”. Sirisena’s media advisors told the media that the government led by Prime Minister Ranil Wickremesinghe is not interested in investigating the assassination plot. The Sri Lankan political elites have a way of dealing with their Indian big brother. 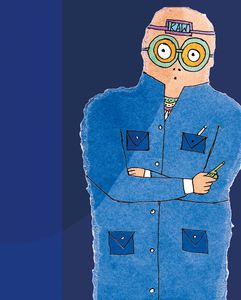 Sirisena made the allegation when Wickremesinghe was heading for Delhi and it is well known that there is no mutual trust between the president and the prime minister. But then, they were collaborators when Sirisena secretly conspired to overthrow his mentor, president Mahinda Rajapaksa, and usurp power with Wickremesinghe's help in the 2015 elections. The widespread perception is that India and the US midwifed the unholy Sirisena-Wickremesinghe alliance in a geopolitical coup to banish Rajapaksa to political wilderness as punishment for his government’s ties to Beijing.

Things got complicated lately though, and Rajapaksa was welcomed with a red carpet last month in Delhi. Modi received him, hinting at a policy rethink. Delhi senses that Rajapaksa is on a comeback trail, while he would probably estimate that it is prudent to neutralise India’s past antipathies towards him. Modi’s U-turn appeared just the smart thing to do; after all, it makes sense to bet on a winning horse.

But then, after returning from Delhi, Rajapaksa reportedly had a secret meeting with Sirisena, where they discussed reconciliation. That leaves Delhi with Wickremesinghe as the solitary bird in the Sri Lankan bush. But he is a lacklustre figure who lacks the clout to swing big decisions favouring India. Delhi holds a bird that cannot lift its wings and fly.

Modi government has made a mess of the Sri Lankan policy. Serious follies have been committed. To begin with, bringing in RSS functionaries to create a bridge between Hindu India and Sri Lanka with the glue of the Ramayana was a truly naïve venture. It lacked a sense of history. The brutal eradication of Buddhism from the face of India by Hindu zealots is a deeply embedded collective memory in the Sinhala consciousness. The point is, Sri Lanka regards itself as the last bastion of Theravada Buddhism in our part of the world.

Second, we fail to understand that no matter who is in power, Colombo will never involve India in projects of strategic importance. The balance sheet shows that India got nothing out of the 2015 regime change: not a single project with strategic imprint. After Rajapaksa’s overthrow, Colombo continued to turn to China’s financial aid. Third, Indian diplomacy should never have meddled in Sri Lanka’s party politics. It only adds to the phobia against Indian hegemony. Today, neither Sirisena nor Rajapaksa trusts India. We look like a beached whale. Cetacean stranding could have many definitive reasons, but this one belies rational explanations.