The Indian narrative on the stunning victory of Imran Khan in the Pakistani elections has a self-serving bias. The narrative becomes all but an advocacy for inaction on the part of the government vis-à-vis the emergent situation. The narrative is repeating that the more things change, the more they stay the same in Pakistan. Yet, the heart of the matter is that the ascendance of Imran brings Pakistan to an inflection point, an event that marks the start of a significant improvement, deterioration or disruption in India-Pakistan relations. It is, arguably, a strategic inflection point; a continuation of the status quo would only lead to certain failure.

What makes Imran extraordinary is that he has a westernised history, a subsequent history of being dangerously accommodative toward religious extremism and a concurrent history of addressing the chronic problems of Pakistan’s political economy as his life’s mission—poverty, social disparities, corruption and so on. What adds to the mystique is that he freely acknowledges today that Pakistan cannot achieve its social and economic potential without being at peace with its immediate neighbours. 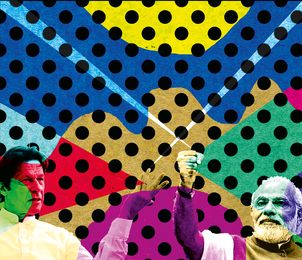 The astonishing part is that the Indian narrative is blithely unaware that Imran is a product of our turbulent times. The Pakistani election results have completely overshadowed an event of momentous significance to that country—direct talks between the United States and the Taliban (without the participation of Afghan government), which took place in Qatar. The timing—just two days before the Pakistani elections—was exquisite. And, the Pakistani military leadership made it possible. The Taliban since expressed satisfaction that the meeting ended with “very positive signals” with an agreement to meet again “soon” and that the two sides discussed Taliban’s participation in the Afghan government.

A recurring fallacy of Indian foreign policy discourse is its tunnel vision—the singular failure to correlate diplomacy with the wider geopolitical templates and regional and global alignments. We must understand that Pakistan is preparing for the formidable challenge posed by the imminent outbreak of peace in Afghanistan. The tumultuous history of Pashtun irredentist claims underscores that had there been no Imran, Pakistan would have had to invent one.

This has sub-plots and a few of them have direct bearing on India’s vital interests, too. First, peace in Afghanistan eases pressure on Pakistan’s internal security and allows it to concentrate its forces more on its eastern border with India (which brings us to the Kashmir issue.) Second, Pakistan expects quid pro quo from the US for bailing it out of a humiliating defeat and ignominious retreat from Afghanistan. Pakistan seeks strategic balance in South Asia, which requires course correction in US regional policies. Third, Pakistan’s close cooperation with the US helps it to breathe new life into its relations with the west, while its Eurasian integration processes also continue apiece. (No doubt, Imran makes a brilliant global salesman for his country.) Fourth, in a stable regional environment, Pakistan hopes to garner the benefits of China’s Belt and Road Initiative as well as attract western investment. Geo-economics gains primacy. Indeed, history has not ended in our region.

Being tentative towards Imran will be a catastrophic mistake. The Indian leadership should not fall for the narrative that Pakistan is caught in a time warp. India no longer has a choice of ‘dialogue-or-no-dialogue’. Imran held out an olive branch in his victory speech. Delhi also has a wonderful opportunity to reciprocate by ending the stalemate over the scheduling of the SAARC summit in Islamabad. Indeed, a meeting in September on the sidelines of the UN General Assembly can help break the ice and establish a personal rapport between Narendra Modi and Imran, who may have mutual affinity and common concerns they are unaware of.