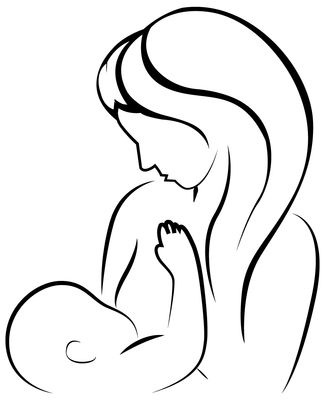 THEY SAY, and it is proven without doubt, that a lot can happen between a mother and her baby in the hour right after birth. Allowing a mother to establish skin-to-skin contact with the baby and/or breastfeed has wide-reaching health benefits for both, apart from strengthening the bond between the two.

This ‘golden hour’ is now seen as so crucial for baby and mother to thrive and sync up that many birthing centres, clinics and hospitals now tend to the cleaning, examining and swaddling of a baby only after breastfeeding has been established or after the baby has spent significant time on the mother’s chest. Any meeting with close family relatives is also put off so that the baby can take in the change in environment and begin to register the mother’s touch. Prelacteal feeds, pujas and other ceremonies are preferably set aside.

But why is such importance given to the golden hour?

Experts say that a baby is most alert right after it is born, possibly due to the stress surrounding labour and birthing. The baby is suddenly and simultaneously exposed to an array of varied sensory experiences (cold, light, touch, voices) vastly different from its first home—the womb. This causes it to be alert and active. This is also a time when the suckling reflex in a baby is observed to be very strong. This, therefore, aids in establishing a good, instinctive latch (hold) to the mother’s areola. When this window of time is used for administering a prelacteal feed and customs or allowing a mother to rest, the stage of alertness passes.

Spending some quiet time with the baby immediately after birth could also help a mother put a face, feeling and familiarity with a baby that she has been carrying for nine months. Even for a mother who has had a C-section, it is important for the baby to be in the same room and as near as possible, recovering together, so that she doesn’t feel deprived or incapable of handling her own baby.

Administering any feed or water (especially as a recurrent ‘top-up’ or replacement to breast milk) can come in the way of establishing a mother’s lactation cycle and suckling reflexes of a newborn. Ideally, the golden hour should be used for early initiation of breastfeeding that helps the uterus to contract and stop bleeding.

It would be a good idea, therefore, for parents to plan in advance how they would like the first few minutes after birth to be.

◆ Internationally, more and more experts are insisting that all injections, bathing and tests for babies be conducted after the first breastfeed.

Next issue: From golden hour to liquid gold