Wake up and smell the reforms

It is sort of a Rip-Van-Winkle moment for the agriculture sector, only that many have still not awakened to the tectonic transformation in store with the rollout of the three proposed reforms. And then, there are some who have deliberately succumbed to deep slumber.

Resultantly, we stand to lose sight of the big picture, which is to seize the Covid-induced vacuum in the global supply chain and elevate local products to serve global markets. This, however, is far from realisation when 60 per cent of our workforce is not equipped to produce for the world. Farmers have been held hostage to the archaic system of selling solely to government mandis, limiting the potential to diversify production to meet the growing demand for higher value crops. For decades, our policies have had a laser-like focus on the proliferation of rice and wheat, which have inadvertently led to crowding out of other crops. Not only has it kept our annadatas from exercising sowing decisions out of free will, but it has also resulted in an imbalance in the micronutrient supply in the food system―a major cause of high levels of malnutrition in India.

Most experts agree that restrictive laws governing the agriculture sector have run their course, and reforms have been long due. The current reforms promise farmers both horizontal growth―wherein they would have the freedom to cultivate any variety of crops in line with market demand―and vertical growth by helping them move up the agri-value chain. I would like to elaborate on the latter. Diverse market linkages serve as incentives for the private sector to set up agri-food processing units, thus allowing farmers to capture additional value in the chain. This is where cooperatives like Amul have shown the way. Producers gain not just from selling the product, but also through the equity of the cooperative they help grow. The model could well be replicated for farmers, too. 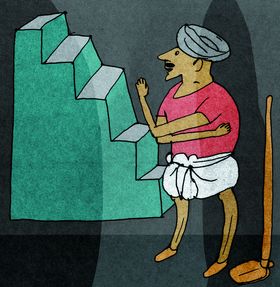 The key ingredient in creating greater value for farm produce is building a robust web of warehousing or cold storage. The farm laws open the floodgates to private investment and tech-led innovation, especially in sourcing, marketing, storage and supply chain infrastructure. This, in turn, would create tailwinds for agri-startups, help farmers gain greater access to technology, and enable corporates to produce superior quality products―a win-win for all!

The reforms thus empower farmers with choice, and do not take anything away from them. On the contrary, this government has succeeded in doing what other governments have failed to achieve in several decades, i.e. cut through the political clout as well as the immense market power of middlemen who eat into much of the farmers’ income pie. According to NITI Aayog member and agriculture expert Ramesh Chand, an average of four to six transactions take place before the produce reaches the final consumer, and the price realised at the farm level is the lowest competitive price.

The NITI Aayog estimated it took 22 years (1993 to 2015) for farmers’ income to double. Governments have sat on these reforms for years. If we repeal them now, we might deprive small farmers of a bright future for another decade, and that would be a travesty of India’s growth pitch in the new world order. We all know this, and yet, many still choose to balk at the reforms. If supporters of the annadata are truly committed to his/her well-being, they must help untether the farmers, and stop using the turmoil as an opportunity to realise their own agendas.