A shot of trust

Covid-19 does not seem to be on its way out globally, but India’s much-awaited inoculation drive is off to a good start! With over a million people getting vaccinated in the first six days, the mass-vaccination rollout is not only the largest in the world, but also the fastest.

But, here is the real tragedy: False information and fear of medical procedures filling the echo chambers online could get in the way of the government’s efforts. The 80 per cent who were willing to take the jab until November have now tumbled down to 69 per cent—this could cause unnecessary jitters at a time when massive efforts are already under way.

Some fears are exaggerated and misplaced. The government has done well to be forthcoming on addressing frequently asked questions on the possibility of aftereffects, and on the experience of getting the shot. However, questions like the duration of a vaccine’s efficacy can only be answered in due course based on data from continued vaccine trials. Besides, as per doctors, pain, giddiness and sweating are common aftereffects in any vaccination programme. It is noteworthy that the adverse events have been reported in less than 0.15 per cent of recipients in India.

Another fact that comes as a relief, and must also become common knowledge, is that the government has put a reliable mechanism in place to track adverse events from vaccination. This vaccine safety surveillance network extends to every district, where doctors and health workers monitor, investigate and escalate reports of adverse events to the state and national levels. Dr N.K. Arora, head of the operations research unit of the Indian Council of Medical Research’s National Task Force for Covid-19, said that “monitoring is being carried out based on the country’s existing vaccine safety surveillance mechanism under the Universal Immunisation Programme”. 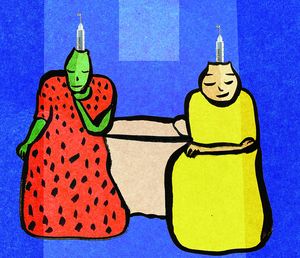 But this does not imply that we are solely relying on our glorious past. Rather, in a short span of time, we have evolved a fine blueprint for vaccine delivery, along with a detailed standard operating procedure specific to Covid-19, thanks to the decisive leadership of Prime Minister Narendra Modi. A senior fellow at the Center for Global Development in Washington remarked that India’s deployment blueprint “has a level of detail which I haven’t seen in any other rollout plans”. As can be seen from the first week of the drive, the government has been nimble in stepping in to iron out technical and logistical glitches in the system. It is fair to deduce that with time, we would be in a favourable position to expand vaccine access beyond the priority groups, particularly in the hinterlands.

However, we cannot be complacent about the dangers of misinformation causing a snag in the inoculation process. The shrill of false news is louder than the voice of reason and truth. The government is stepping up its communications strategy to eliminate even a sliver of mistrust about the efficacy of the vaccines. Several media reports have surfaced about the likelihood of Prime Minister Modi himself joining the league of world leaders taking the jab. In the cacophony of misinformation, this would help dispel any doubts, and rejuvenate confidence among citizens.

This must be followed with an understanding that we cannot move ahead without taking risks. Half-baked information or rumours should be expunged at the earliest. The opposition should refrain from politicising the issue at the time of a national health emergency. Till then, the images of health workers flashing victory signs after getting a shot of the vaccine should get citizens’ enthusiasm back and kicking.