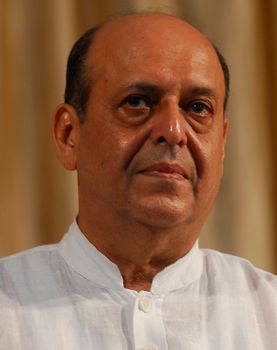 THE ELECTIONS so far have left me deeply concerned for five reasons.

First, the May Day attack on security forces in Maharashtra’s Gadchiroli district that killed 15 security personnel and one driver. It shows that the fight against Maoists has become a protracted war that intensifies during elections. Tragedies continue to strike in India’s red corridor, comprising districts in Chhattisgarh, Jharkhand, Maharashtra, Odisha and Bihar. The situation had hit rock bottom in 2013, when almost the entire Congress leadership in Chhattisgarh was gunned down in Sukma district in the run-up to the assembly polls.

It is well known that Maoists bury explosives deep below arterial roads and adjacent paths, making vehicular movement extremely dangerous. In spite of this knowledge, 15 personnel were dispatched in an unsecured, civilian bus to investigate a Maoist attack on trucks used by contractors for building roads. Standard safeguards were bypassed, leaving families shattered.

My second concern is the extent of illicit money being used to influence elections. Hard cash, liquor, drugs, bullion and freebies worth more than Rs 3,000 crore have been seized by election officials. The seizures made in the first four phases of this year’s elections significantly exceed the total seizures made in the 2014 polls.

It is clear that candidates are spending far more than the statutory limit of Rs 70 lakh. There are also rumours that the average spending is 10 to 20 times the limit. Surely, this makes a mockery of the Election Commission’s rules. Moreover, there is no limit on the spending by political parties on publicity or hired aircraft. Where does the money come from? How is it spent? There is very little transparency here.

The increasing presence of candidates facing criminal charges is my third worry. As many as 189 of 967 candidates (nearly 20 per cent) in the first four phases had criminal cases against them, according to their affidavits. More worryingly, 15 per cent (146 candidates) faced serious criminal charges, including murder, attempt to murder, dacoity, kidnapping and rape.

As many as 30 per cent of members of the sixteenth Lok Sabha had criminal cases against them; 16 per cent were booked for heinous offences. Will the 17th Lok Sabha be any different?

Fake news is my fourth concern. Its rapid proliferation on Twitter, Facebook, WhatsApp and other platforms is playing a destructive role. Our likes, dislikes and prejudices can be deduced and manipulated—as the US presidential election in 2016 showed an incredulous world.

The Election Commission has issued comprehensive guidelines to all social media platforms, asking them to abide by rules and statutes. But social media remains difficult to monitor. So the efficacy of the laws will need to be analysed in the post-election period of reflection.

My final concern is the growing perception that the model code of conduct is not being fairly administered by the Election Commission. The commission must be seen as a fair umpire, not just by politicians but also by the country as a whole. That would be the final measure of the fairness and transparency of the elections.

Will this Election Commission be able to measure up to the high standards set by the post-Seshan era of polls? The jury is still out.