Bibek Debroy explains the gaps in medical apps during pandemic

Covid-19 has devastated human lives, but the pandemic and lockdowns have sometimes been kind to the environment, flora and fauna. For instance, mosquitoes have proliferated, at least in Delhi. Part of it is seasonal and due to abnormal weather conditions. However, anti-mosquito initiatives (not just spraying) must necessarily have suffered.

The South Delhi Municipal Corporation did a survey and discovered that the density of mosquitoes is now more than six times the normal. It is some comfort that most are culex and do not contribute to malaria, dengue or chikungunya. As an individual, not as a government, what do you do about mosquitoes? You can take your pick from creams, sprays, coils, repellents, citronella, lemongrass and nets. Depends on you and your circumstances. 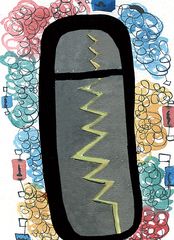 An African friend once complained, “Why do Western NGOs keep lambasting DDT (chemical to control mosquitoes) and offer us nets? Will mosquitoes not bite us when we step outside the nets?” Until the recent mosquito menace, I had not bothered to check out apps, presuming, rightly, that research and resultant technology need to mature further. The idea behind such an app (I tracked down four) is to generate a high-pitched sound that humans cannot hear. But it irritates mosquitoes and keeps them away. I downloaded one that makes the sound of a male mosquito fluttering its wings. This repels female mosquitoes, which are the ones that bite. Having tried it out for a couple of months, the app seems to work.

Covid infections and deaths have declined in Delhi, as they have throughout the country. At some point, there may be a third wave. Hopefully, we will be better prepared and more people will be vaccinated than during the second wave.

At the peak of the second wave, there was a shortage of everything—hospital beds, isolation centres, oxygen concentrators, medicines and oximeters. We got infected when the second wave was at its worst. Our infection was not that serious and hospitalisation was not needed. Other than medicines, one of the first things we needed was a pulse oximeter. They are readily available on the net now, with prices roughly ranging from Rs500 to Rs4,000. That is because supply has adjusted. At that time, demand far exceeded supply and they were not being delivered through online ordering, at least not immediately. Nor were they readily available in shops.

We had to scour the length and breadth of Delhi before we managed to procure one. It said, “German design”, but was “Made in China”. The MRP was Rs4,400, but it was sold for Rs2,300. There was a trace of irony in using a Chinese oximeter for a virus that originated in China.

There is no shortage of pulse oximeters now. But as with anti-mosquito apps, I checked out apps to measure oxygen levels, pulse rate and respiratory rate. There were around five, and I downloaded one. It was reasonably accurate. But, probably, because of the early stage of development, it continued to hang. Depending on how you define a smartphone, its penetration in India is more than 40 per cent. Therefore, if we have such medical apps, they can obviate the need for physical checks and gadgets. However, (a) There is a security cum privacy issue. How do I know my fingerprint (the finger is scanned) will not be misused? (b) There is a reliability issue. These apps are not infallible and cannot become substitutes for proper tests, any more than dogs, which have been trained to detect Covid, can become substitutes for RT-PCR.

False readings can lull one into a false sense of complacency (or false alarm) and a health app is a more serious one than an anti-mosquito one.