The expression “reforms” is subjective, since one person’s reform can mean conform to another. But broadly, reforms are about competition and choice. They are difficult because there is a political economy of resistance and the empire strikes back. No reforms are win-win. They are win-lose, and often, losers possess higher decibel levels and are more visible than diffused and dispersed winners.

For several years, in different capacities, I have been interested not just in policy changes and reforms, but also in advocacy. Therefore, as head of a research institute some twenty-odd years ago, I thought of using comics. Not comic strips, but full-fledged comics. We did bring out one on the power sector, but it did not find much traction. In my experience, some people prefer Tintin, others Asterix. I belong to the latter group. For Asterix, René Goscinny’s words blended perfectly with Albert Uderzo’s illustrations, not to forget masterly conversion into English by Anthea Bell and Derek Hockridge (I read them in English). Our power sector comic flopped because the text was boring and pedantic. Had it been about reforming procedures and not the power sector, I should probably have Indianised Finding Permit A 38 in The Twelve Tasks of Asterix. 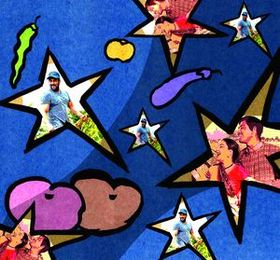 I next hit upon the idea of a TV series. A friend had written scripts for films. He was roped in for the script, direction and filming. In each episode of 30 minutes, there would be a sitcom with a household (representing all the diverse political economy interests) for 15 minutes, followed by a 15-minute panel discussion between Gurcharan Das and me. For example, in the first half, the household would be having dinner and there would be a power cut, leading to the discussion. Some five pilots were shot on different themes (including power). The idea fell flat. Our friend could not find a channel that was interested. A few years down the line, around 2000, the simple realisation hit that films and cricket unite India. It was not possible to directly link cricket with reforms. But how about using films? After all, the films reflect society. More specifically, since one was not familiar with films in every language, how about using Hindi films? No matter how much one writes about reforming the legal system, is there anything more powerful than depictions in Kanoon (1960), Aakrosh (1980), Andha Kanoon (1983) and Damini (1993)? This was done around 2000. Otherwise, one would have included Jolly LLB (2013).

Soon, a colleague and I had several multimedia presentations (clips with scenes and songs) on different aspects of “reform”—agriculture, infrastructure, foreign direct investment, trade and real estate. When we think of a film, we usually think of the main plot. But these clips were based on snippets that often go unnoticed. For example, Gupt: The Hidden Truth (1997) will be described as a murder mystery, but the opening scene has a debate on liberalisation and FDI. When farm laws were changed recently, actor Anupam Kher referred to Jeene Do (1990). Yes, indeed, and Mother India (1957), Upkar (1967), Namak Haraam (1973), Roti Kapda Aur Makaan (1974) and many more. As a result of Kher’s remark, I was reminded of our multimedia presentations. Unlike the comic or the aborted sitcom, these multimedia presentations were great hits, even when we presented them at academic conferences. But alas, this was 20 years ago. Technology changed fast and these presentations (on CDs) got corrupted. Laptops crashed or were replaced. Consequently, I no longer possess copies. We did do hardcopy versions, in the style of academic papers, though these lack visual (and even aural) impact. Such versions float around on the internet. I think someone should revive the idea.