An Indian definition of recession

The origins of chess are shrouded in mystery. We know chaturanga (a reference to four kinds of forces—infantry, cavalry, elephants, chariots) was played in India. We know a board known as ashtapada (8 by 8) was used. Ask a chess player about relative values of chess pieces. Normally, you will be told a bishop/knight is worth three pawns and a rook five pawns. I find it interesting that in an akshauhini (an army described in Mahabharata/ puranas), the ratio of chariot, elephant, cavalry and infantry is 1:1:3:5.

There is an apocryphal story about the invention of chess. The king was so delighted that he offered the inventor whatever reward he wanted. The inventor wanted one grain for the first square on the board, two grains for the second square, four grains for the third and so on, till all 64 squares were completed. The entire treasury and all grains on earth were exhausted, but the desire could not be fulfilled. Such is the power of the exponential function and typically, the human mind, as with the king, is unable to comprehend the magnitude—2 power 64 has 20 digits and is equal to 18,446,744,073,709,551,616. 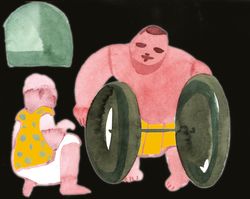 Per capita income is income divided by population and income depends on rate of growth, say in GDP. Population apart, the faster a country grows, the higher its per capita income. When we look at a figure like $65,000, we often do not realise the US economy never grew very fast, as a long-term trend. Since 1870, its real growth was between 1.7 per cent and 2.25 per cent, with a few periods when it approached 2.5 per cent.

The precise figure may be different, but the proposition will be no different for any other developed economy. They got where they are today by virtue of such 1-2 per cent real rates of growth sustained over decades. Such is the power of the exponent. Obviously, I do not have in mind east Asia, China, India or Africa. We are usually myopic and focus on the immediate. I do not have in mind India’s real growth rate in 2019-2020 or 2020-2021. Since 1980s, India has grown at say 6.5 per cent, to take a rough average.

There is a difference between growing at 6.5 per cent and growing at 1-2 per cent. Socio-economic implications are different and changes that took generations in developed countries are compressed into a few generations. What does “recession” mean? There may be many attributes of recession, but economists love precision. Therefore, recession is typically defined as two consequent quarters of GDP decline, or some variant. The growth rate turns negative. Intuitively, recession means when an economy is performing below potential. Potential can be 1 to 2 per cent, or it can be 6.5 per cent. If potential is expected to be 1 to 2 per cent, a negative rate of growth is indeed symptomatic of recession.

Given how recession is defined, an expression like “growth recession” is an oxymoron. However, recession has been defined in the context of developed countries. For countries like India, we need a new definition, with a focus not on rate of growth, but change in rate of growth, rate of a rate.