Abraham Wald (1902-1950) was a mathematician, born in Hungary. Not many know that he, and his wife, died while he was in India, delivering lectures. Their Air India plane crashed in the Nilgiris. During World War II, he was a member of the Statistical Research Group (SRG) at Columbia University. A problem was examined by SRG: aircraft that returned from missions showed damage from enemy fire in different parts (wings, tail, fuselage). So, to which part of the aircraft should armour be added? Armouring the entire aircraft would require more material and it would make the plane heavier. We like dumbed-down versions.

The dumbed-down version of what Wald did is something like this. Returning aircraft had hits in some parts and the US navy wanted to add extra armour there. But Wald argued exactly the opposite. Extra armour should be put in places that had no hits. Because planes hit in those parts (engine, fuel supply) never returned. This is known as survivor bias, and is plain common sense.

Wald must have done something more substantial. Indeed, he did. He estimated the vulnerability of different parts of the aircraft, based on hits in returning aircraft. These are conditional probabilities. Let us skip the technical details.

At that time, he wrote several memoranda, and these were declassified in 1980. At that time, this was pioneering work and similar ideas were used in course of the Korean and Vietnam wars. Today, within broad statistical theory, we would say Wald worked on estimators. I mentioned Wald because there is an analogy with reactions to Covid-19, in both the dumbed-down and non-dumbed-down versions. We need to protect lives. But if we burden the plane with heavy armour, the aircraft—that is the economy—will not fly. That is the lockdown versus key-up dilemma.

There is an anecdote about Catherine the Great of Russia, the philosopher Denis Diderot and the mathematician Leonhard Euler. Diderot had become an atheist by the time he visited St Petersburg, and this upset the court. Diderot was told that a famous mathematician (Euler) would establish the existence of God. Euler went up to Diderot and said, “(a+bn)/n = x. Therefore, God exists.” Diderot understood no algebra and no mathematics. So, he promptly fled St Petersburg. 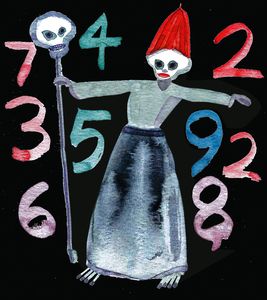 People are often scared by mathematics and the mention of models. Reactions to Covid-19 models are no different. Several models have been floated. A model, used for predictive purposes, requires data. Data means data for the entire population. If not that, a representative sample. We do not have that. We have data on those infected, those with travel history and those in contact. These are ones who have been tested and the number of tests varies widely between states, apart from problems of false positives and false negatives. To state the problem in Wald terms, we need conditional probabilities for the entire population, given that we have only limited information about those who have been tested. I am unaware of any model for India that has done this. (In passing, Wald never had a model. He did the estimation without one.)

Therefore, India’s models have plugged in data from other countries, without controlling for co-morbidities or life expectancy. They have been proved wrong, in predicting and suggesting policies, and we are none the wiser. We know a vaccine is a long way off. Apart from natural immunity, BCG vaccine and Vitamin D, the only armour is herd immunity. Herd immunity occurs when the virus runs out of human hosts to infect. Hence, more people need to be infected, and we armour the ones who are serious.