Today I want to tell you the story of a young man called Shubham Gupta and his extraordinary mother, Anupam. From a young age, Shubham dreamt of being part of an infantry brigade posted on the frontline. When he cleared the entrance for the National Defence Academy, he was the happiest he had ever been.

But two years into the gruelling training programme of an officer cadet, Shubham was gravely injured while diving into the academy swimming pool. The fall paralysed him below the neck; he was declared medically unfit. Not just that. NDA graduates get a bachelor’s degree from JNU. But because he could not complete his three years at NDA, the first two years of his BA were nullified. 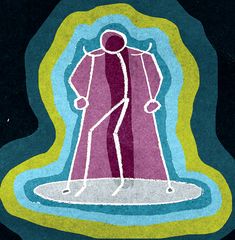 Shubham was given a mechanised wheelchair and sent back to his parents in Punjab. Seven years on, after regular use had worn out his first wheelchair, Shubham wrote to the Military Hospital in Pune asking for a new one. He was told that the rules did not allow the issue of another wheelchair because he was not officially recognised as an ex-serviceman.

Punjab Chief Minister Captain Amarinder Singh, a former soldier, has intervened with orders for a new wheelchair. But when I spoke to Shubham and his mother, at the heart of this tragedy is not the principle of charity, but the principle of honour.

At 29, Shubham does not want to be economically dependent on his parents. He started afresh and completed his college degree. His mother, a schoolteacher, speaks of the despair she feels; her son cannot even turn to his side on the bed, without help. Yet, despite what happened to Shubham, she did not stop her younger son from joining the military. “I am living my dreams vicariously now through my brother,” Shubham told me, without a trace of self-pity, victimhood or bitterness.

As an educated, well-read, intelligent young man, Shubham is confident that he could easily perform an administrative role in the private sector. But someone has to be willing to give him that opportunity. His is not the only such case. Officer trainees who are declared unfit for medical reasons are not given the benefits of military service. Ironically, jawans and civilian recruits are deemed part of the service from the first day of training.

Though military chiefs have been known to intervene in individual cases—former Army chief General Ved Malik has made a passionate appeal for Shubham—a larger overhaul of the rules is needed. These are men and women who display readiness to possibly sacrifice their lives for the nation at a very young age. Some of them would be in their late teens when an accident cripples them. They take a chance on the best years of their lives, and as Shubham has shown, display great fauji (military) spirit, in their never-say-die attitude.