Volleys of another kind

There is so little good news coming out of Jammu and Kashmir these days: the political process has stalled, policemen have been the victim of targeted killings, and in an increasingly polarised environment, it is impossible to have a rational conversation about the turmoil in the valley.

Which is why the story of Real Kashmir FC—a football club making headlines this year—is such a feel-good moment. The club is owned jointly by two Kashmiris, Sandeep Chattoo and Shamim Meraj—a Pandit and a Muslim. That happy coexistence in itself is something to cheer about, especially in a era corroded by bitterness and hostility.

But the real achievement of the club is that for the first time Jammu and Kashmir is playing in the I-League. This is extraordinary, given not just the violent strife in the state, but also the absence of any football infrastructure. 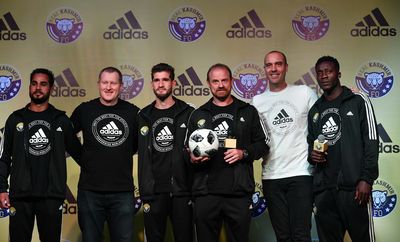 In 2016, when the club first made its entry into the Durand Cup, it was still unregistered. No one had ever heard of it. This was the same year, ironically, when the valley was thrown into prolonged unrest after the elimination of Burhan Wani. Meraj, a Stephanian who also edits a local newspaper, started it as a private club to engage young people. After the floods, he and his friends pooled money and bought a thousand footballs to try and create some productive distraction after the devastation.

The club has grown rapidly despite the limitation of resources. Srinagar’s only stadium, the Bakshi Stadium, has been under renovation after being grievously damaged by the floods a few years ago. The team has been playing in the open grounds opposite the tourist centre and has not had the luxury of a dedicated field. In the fierce winter cold, when it snows, the players have sometimes had to clear the grounds themselves before they are able to play. Because the grounds are not exclusive to them, they have often had to practise in one- or two-hour slots. And then, of course, there are the frequent shutdowns. Militant violence, street protests, curfew calls, snapped internet lines—anything can bring the valley to a grinding halt. Often this means not all players can show up for the drill, and plans can get waylaid. Very often, when the club members travel, the absence of deep pockets has meant that they have to depend on the kindness and patronage of both friends and strangers.

The dream of Real Kashmir FC needs to be backed and supported by us all. It is the one thing that the valley can agree on, amid spiralling disagreements on other issues of identity and politics. It was created literally out of nothing but the passion and determination of two young Kashmiris.

Now the rest of India should show that we care.