In a country divided by unprecedented bitterness and toxic polarisations, this week, in the middle of its own tragedy, Kerala reminded us who we were meant to be as a nation—and how far we have drifted from that ideal.

Even in the worst flood in 100 years, the state displayed a mix of understated compassion and courage that have become increasingly rare for the times we live in. Two things especially stood out for me. The first was the fact that Chief Minister Pinarayi Vijayan and opposition leader Ramesh Chennithala temporarily called a truce to take an Air Force helicopter together during flood relief. Even if this white flag calling of peace lasted only for a few hours, it establishes a clear example of how we want our politicians to behave in moments of crisis. 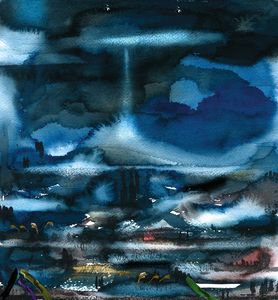 The second extraordinary and unusual aspect of the catastrophe has been the absolute absence of complaints and anger among people. As a reporter who has covered multiple incidents of floods, quakes and famines, it is normal to encounter rage at a broken system or at delays in relief and rescue operations.

In Kerala, the people came together, across all divides of religion, caste and class, to stand united as a community. Naval pilots share inspiring stories of how food packages were actually turned away by those stranded on rooftops and redirected to those who needed them more. Or how, when the chopper could only ferry two people at time, older people would insist that young couples with lives ahead of them should be evacuated first.

Especially stellar has been the role of the state’s fishermen, who have saved an estimated 7,000 lives. Most of these fishermen declined the offer of compensation from the chief minister’s office. One man placed his face in the muddy waters and lay flat, his back forming a bridge over which women could clamber onto the safety of a boat. Thus, the singularly humbling image of an entire neighbourhood standing with folded hands and heads bowed, in tribute to passing fishermen.

Credit must also be given to the response of the state government and official administrative institutions. While, as usual, the armed forces went beyond the call of duty and ran some truly amazing operations, this was not a state where the civilian bureaucracy and the political establishment simply outsourced their entire responsibility to men and women in uniform. From district level collectors to the state’s finance minister and ruling and opposition legislators, everyone was at the frontline.

The best, of course, has been Kerala’s scornful response to prejudice and misogyny. When right-wing beef bigots tried to blame the floods on the fact that Malayalis eat cow meat, the state laughed at them. Then, the hate mongers tried to blame women and said this may be the fury of Lord Ayyappa at menstruating women demanding the right to enter the Sabarimala temple. Once again, the state rubbished them. Then, both communism and Christianity were attacked, with low-life trolls asking that donations be made only to the Hindus of Kerala and not its Christians. Once again, it was the people of Kerala who swiftly shut down the hate.

In one of the worst phases of its history, Kerala showed us the way.