'Right to be forgotten’ does not seem very legit, opines Anuja Chauhan

So my kids invoked their ‘Right to be Forgotten’ in an argument today. They said that it was distressing (to them) and cruel (of me) to rake up embarrassing stuff they had done when they were younger and use it against them in intellectual arguments. (‘Oh, so now that you are all grown up and woke, you think Kabir Singh is rapey and regressive—but when you were 11 years old, you thought creepy vampire Edward Cullen was the ultimate dreamboat!’)

I had never heard of a ‘Right to be Forgotten’, but apparently, it is a thing in several countries in the Global North and might very well become a thing down here, too, what with several people including a Bigg Boss winner, Ashutosh Kaushik, invoking it recently while asking for old digital data of him drunk-driving without a helmet to be removed from all online platforms, because it is causing him distress, and because it is dated, irrelevant and no longer useful. Another petitioner, Jorawar Singh Mundy, named in a drugs possession charge and later absolved, said that the information of his arrest comes up whenever potential employers conduct an online search on him and is preventing him from getting employed. As he was absolved of all charges in the case, he would like the courts to order to have the data expunged, or at least de-linked from popular search engines such as Google.

It sounds totally reasonable, doesn’t it? Especially if we factor in the vast number of young women whose modesty has been outraged by images of them being leaked onto the internet non-consensually.

But the precedent it sets is a worrying one. 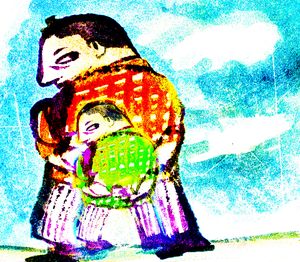 Because if we rule that somebody has been absolved of all charges, all records of him/her being charged at all must be erased, then how do we identify and keep track of potential offenders? What about if there is substantial evidence to show that the charged person used bribery or influence to get off the hook? Would it then be correct to rule that once somebody has been clean-chitted (of say, running over pedestrians, murdering a woman, inciting hatred, demolishing a monument,) we must act as if he was never chitted at all?

I am sure all of us have done things that we would dearly love to have scrubbed clean from public memory. Making bad fashion choices, dancing to 'jungalee' while drunk, cheating on our loved ones, losing our tempers and resorting to physical violence, failing to come through during a big sporting event, showing cowardice, losing a war—the list spans a spectrum from the personal to the national, from the comic to the tragic.

But the answer is not to ‘forget’ that this was real and shameful, and that it once happened. Forgetting is denial, forgetting is refusing to face up to the past, and if one does not face up to, and confront the past, then one cannot possibly learn from it.

The only way distressing data can be conclusively ‘erased’ or ‘forgotten’ or most importantly, forgiven, on the internet, is if one creates enough new data that shows up on the search engine results above the old stuff, thus drowning it out. Look no further than Monica Lewinsky to learn how to do this like a boss.

Sure, a special case should be made for non-consensual data that outrages the modesty of women and children—and men as well—but as to everything else, the ‘Right to be Forgotten’ does not seem very legit to me, especially in these air-brushed times. Better, far better to remember the unvarnished truth completely, empathetically, and well.