My daughter came to me really triggered a couple of days ago. (That is current youth-speak for being upset, btw). She said she has a beef (i.e. issues, or a bone to pick with, nothing to do with eating cows) with most of her contemporaries on Instagram because they are all so shook (i.e. shaken/upset) by the death of George Floyd at the hands of the state police in Minneapolis.

And, I am like accha, why? Because is it not good that your friends are aware and vocal about such a ghastly incident, an incident that may go on to be bigger than the Rodney King incident back in the early 1990s?

And now suddenly, she has a beef with me, too. “Why do you know who Rodney King is?” she demands.

I say something about it being a big story back then, when I was young and her age-ish.

“Were you not all caught up in the Mandal Commission agitation then?” she demands next. “Why do you even remember Rodney King?” 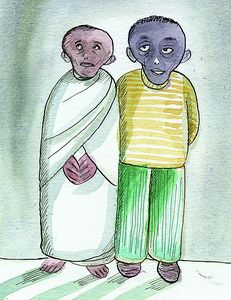 I explain that I had been really ambivalent on the Mandal issue; girls from my college (Miranda House, Delhi University) had agitated against the implementation of the report. They had gone to the Boat Club lawns with boot-polish kits, and offered to polish the shoes of passersby, to symbolically demonstrate that this would be the only job regular, non-reservation kids would get after graduation, as candidates from the reserved castes would grab all the creamy layer white-collar jobs. I had found this problematic on many levels, and so had not joined in these protests, even though it had all seemed like a lot of fun and a general atmosphere of revolution had prevailed in the college corridors and so on.

She is slightly mollified. But only slightly. “What about the Babri Masjid demolition? What did you do then?”

“And, I have to confess that I had not ‘done’ anything then either. I had just started working in advertising, and so had spent that December writing headline options for a combined print advertisement for the Christmas and New Year Celebrations at the Hyatt Regency Hotel in Bhikaji Cama Place. I had been particularly proud of ‘25th ko Mother Mary, 31st ko Bloody Mary!’ The client had bombed it though.”

She looks at me witheringly. Very ashamed, I lower my gaze.

“And, yet, you remember Rodney King.”

In my defense, I say that I remember the Babri Masjid demolition, too. I just had had no platform on which to register my protest, those days. “You are lucky,” I conclude. “So, what exactly do you find so triggering about your friends’ Insta stories?”

“Do you know who Arvina Khatun is?” she counter-questions.

“She is the dead lady on the railway station. The one with the baby playing by her side, in that video that just went viral. Do you know how many of my so-called ‘woke’ friends made an Insta story on her? None! Or, on the migrant workers walking home, and dying on the train tracks? Or on the police beating up poor women with lathis in the name of doing their duty? None! So, according to them, American black lives matter, and poor Indian lives do not!”

The point she seems to be making is that her “liberal”, privileged friends live in India, but set their clocks to Eastern Standard Time or whatever. At this point I tell her that her slang is very Americanised too, but she waves this aside as a frivolous point.

Maybe, these kids feel safer criticising the American government than they feel criticising their own, I suggest. “Because here there could be a backlash, na.”

But she does not even think it is that.

“Poor Indian deaths are just not considered cool, mamma,” she tells me bitterly. “It is as simple as that. Nobody gafs (i.e. gives a f#@%).”