My grandmother had a rather charming description for pedestrian travel. If she wanted to go some place, and my grandfather would rue the cost of petrol involved in ferrying her there in the car, she would retort, very airily, “Theek hai, phir hum gyaarah number ki bus le lenge (Okay then, we will take the number 11 bus).”

Named for one’s two legs, the number 11 bus is a popular mode of travel in our country. For poorer people, it is often the only bus they can actually afford. Unlike the rich, who strap on Fitbits to obsessively count the number of steps they take in a day, poor people think nothing of walking a few kilometres to and from their workplaces daily. Nor do schoolchildren. People who live in north India are used to the annual influx of Kanwariyas—Shiva bhakts—who travel on foot from villages to the source of the Ganga to collect and carry home its holy water as an act of piety. Gandhiji iconised walking during the 384km-long Dandi March. Refugees walked with all their belongings on their backs during the partition. The logic of the walker is that if all else fails, and there is no other option, I will bloody well walk for it. 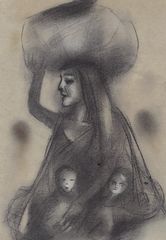 And therein lies the nub—all else has failed and there is no other option. For my grandmother, taking the #11 bus was an assertion of independence and self-sufficiency, but for the crores of poor Indians walking thousands of kilometres to their hometowns and villages, it is a defiant, double middle finger salute to the power structures that would deny them their liberty, emotions, mobility, nutrition, security and their very humanity.

And so we have a situation where a callous, clueless government and an elite bunch of banana-bread bakers sit out the quarantine on their privileged butts, while out there in real life, crores of poor people walk 1,000-plus kilometres to their homes, blistering their soles and birthing their babies on the dusty highways, getting crushed by goods trains one day or electrocuted by dangling wires on another.

It is so ironic that our prime minister and his finance minister—the thin-lipped lady who thinks talking to these long-distance walkers is “troubling them and wasting their time” (as if the whole freaking lockdown with no prior planning or provision was not troubling them or wasting their time!)—have dubbed their Lays Magic Masala (maximum air, minimum potato) Rs20 lakh crore package atmanirbhar, that is self-reliant. It is clear that if anybody wants to get out of this shit-fest alive, they should rely on nobody but their own self. No 56-inch chested superhero is gonna ride on a lotus-festooned golden chariot and save them. It is not an election rally after all! If it were, there would be buses for the poor folk, and an orange tee and packed meals and Rs500 a day. If it were a Kanwar yatra, there would be string beds and showers and music and dancing as well! But it is not. And so it is just going to have to be one foot in front of another, the camaraderie of other grindingly poor folk on the road, and the erratic, undependable kindness of the banana-bread bakers.

When asked why they were not waiting a few days to take a bus or train, as these services are being reopened, the walkers just shook their heads. They have learnt the hard lesson well. A regime, marked by incompetence, callousness, bombast and hate, cannot be counted upon to deliver anything but more misery and a dilution of labour laws.

Have no expectations and you will not be disappointed. It is all about atmanirbharta now. Every man for himself and God for all. And a #11 bus ride home, or to hell.