Pradeep Guha was many things to many people. But, above all, he was a good friend. His sudden death last week, shocked and saddened well-wishers from every conceivable strata of society. Particularly devastated were those who ‘PG’ had mentored, nurtured and helped when they were unknowns. That was Guha’s gift—he could suss out talent in individuals who were not aware of their own potential, until Guha instinctively identified it—and then smoothly took over.

PG lived, breathed, ate and talked media—he knew the business like no other professional I have encountered in my long media career. The big differential? He completely got media monetisation almost before anyone else, and brazenly created ‘brands’ out of established, fuddy-duddy publications like the Grand Old Lady of Bori Bunder. If today the 183-year-old is still the belle of the ball, it is thanks to Guha and his handpicked team that revolutionised the way media saw itself and wanted readers to see it.

Readers, themselves, were converted into ‘consumers’ and every new addition to the Times of India stable was sold as a ‘product’. Rivals sneered and scoffed at the man who had dared to tamper with the sacrosanct, rarefied world of news and opinion. Boom! It was gone! All those lofty media barons who shrank from selling sacred editorial space in their publications soon fell in line with the Guha formula which was based on the premise: media was just another business where everything was for sale—including the masthead! 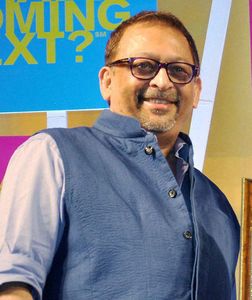 Page 3 cheekily introduced a slew of celebrities and spawned a lifestyle revolution using a simple psychological strategy, which Guha had sensed long before it went mainstream. He tapped into aspirational India, and Page 3 became the ultimate narcotic for fame junkies who were willing to pay a small fortune, just for a tiny mention on the page. Guha shrewdly launched fantasies featuring larger than life narratives in a country that was starved of glamour and hungry for more. He also hosted the biggest, snazziest party—the Bombay Times party.

Guha understood the power of celebrity: he created celebrities. His eye for identifying the X-factor led to so many of his protégés (Sushmita Sen, Lara Dutta, Priyanka Chopra Jonas and Aishwarya Rai Bachchan) winning international beauty pageants year after year, leading cynics to wonder if India had a monopoly over beauty! Guha did the same with the Filmfare Awards, which he scaled up, professionalised and telecast worldwide. Mega stars sang and danced at these annual shows, which were as much about asserting clout as honouring talent. Guha, by then, had become something of a superstar himself, with actors thanking him profusely from the stage, as they gushed and preened for the cameras. Perhaps, this was Guha’s undoing. He had broken an unwritten rule and become bigger than the brands he promoted.

For me, he was the garrulous, gregarious Bong, whose annual Diwali party, (hosted by him and his wife Papia at their fancy Khar penthouse) soon replaced the Bombay Times party and acquired its own coveted status. It was at this bar that the Bong gang conducted its own adda, with Guha presiding and trading jokes, while other non-Bengali guests floated around, networking and schmoozing, hoping to get noticed by the ‘Queen Maker’.

Guha was a regular at our home, especially if there were visiting Bongs and when being unashamedly clannish was perfectly acceptable! Our friendship had nothing to do with anything other than a shared kinship and a fondness for good food. I will miss the Bong bon vivant… he lived the good life with gusto! Goodbye, Bondhu.