Sushant Singh Rajput‘s was a blighted life. June 14 marked the first death anniversary of a brilliant young actor from Bollywood, who was found dead in his Bandra apartment, hanging from the ceiling. His tragic and unexpected death triggered an avalanche of hyper-emotional responses, conspiracy theories, charges and counter charges… and the inevitable ‘insider-outsider’ showbiz debate that pitted one camp against the other.

Then came the drugs and debauchery stories involving the guy gang he hung out with, indulging in reckless partying and irresponsible professional conduct. It was a story of a rapid descent into hell and self-destruction, which shocked his fans and disappointed those who had pinned high hopes on a multi-talented, brilliant actor in his prime.

He was anything but a typical product of the Bollywood factory. An actor who read extensively, had a vision for himself that extended beyond films, and the gift of deep friendships based on trust. What most people seemed to be unaware of was his fragile mental condition and a dependency on prescription drugs.

One year later, nobody is any wiser about what or who killed SSR. Given that his untimely death was politicised like no other by the Maharashtra Police and administration (one wonders why Sridevi’s equally mysterious death was not as avidly probed), it is shocking that the circumstances around SSR’s sudden passing remain a question mark. The handing over of the case to the CBI at a crucial stage of the police investigation smacks of a motivated plan to destabilise the government in Maharashtra and to hush up the possible involvement of a young neta.

That apart, the unprecedented outpouring of public grieving on social media was certainly not organic, even though countless fans were genuinely in shock. 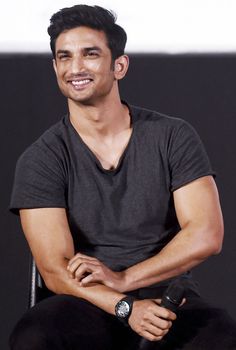 A file picture of Rajput | PTI

An orchestrated campaign was deliberately put out there, which polarised the film industry in a very ugly fashion, leading to multiple insinuations and unseemly victimisation of innocents. Ironically, after a point, SSR became a supporting actor in his own dramatic death scene!

Was SSR deliberately sidelined and discriminated against by studio heads? If so, why? The film industry hungers for mega talent and star material. SSR, during a short run in the business, had established his credentials. He was a ‘bankable’ star with a long innings ahead of him. Why would producers and directors shun such a gifted actor? It made zero sense.

Here we are, twelve months on with no real leads. For the past few weeks an attempt has been made to revive the SSR story, with tributes and memories flowing in. Co-stars and friends have penned touching posts to a young man who had obviously touched their lives. Not a single A-lister expressed anything publicly, which was rather disappointing but not surprising. The investigation is still on—chances are it will be dragged on and on, till public interest in the case dies altogether.

SSR‘s tragedy was exploited by Nitish Kumar during the Bihar elections in 2020. And, it has ceased to have any political value in his home state now. Maharashtra seems pretty indifferent too, since the heat is off the young neta who has escaped scrutiny so far. SSR is expendable to all those who used his death for personal gain.

It is time to stop this insensitive game of cashing in on a celebrity’s heart-rending death to further selfish agendas. Had SSR been alive, he would undoubtedly have occupied the highest rung in Bollywood’s pecking order as a superstar—such was his talent and appeal. It is time to respect his memory and move on.