Nations have no permanent friends or allies; they only have permanent interests. So said Lord Palmerston, a mid-19th century British prime minister. That should settle the issue of who India’s partners are at any given point in time. When the Chinese invaded India in 1962, the United States offered military support. When India faced a US-China-Pakistan axis in Bangladesh, the Soviet Union stood firmly with India. Both in 1962 and in 1971, India’s interests remained the same—to bolster her own security—her friends changed. A nation has both short-term and long-term interests. Those who stand by it in achieving short-term objectives are tactical partners. Those who stand by it for the long run are strategic partners.

Throughout the Cold War India opted for non-alignment as a strategy, but had no problem seeking tactical support from one side or the other. In the post-Cold War period, however, India got into the habit of calling every tactical alliance a strategic partnership. From France to Russia, from the United States to China, from Japan to... (hold your breath) Rwanda, every other country was signing up to be India’s “strategic partner”! In 2011, Arvind Gupta and Sarita Azad of the Institute of Defence Studies and Analyses listed as many as 30 strategic partnerships that India had by then entered into. 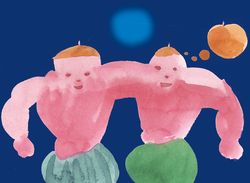 In April 2005, Prime Minister Manmohan Singh hosted China’s prime minister Wen Jiabao. New Delhi went into a tizzy and the two heads of government ended up signing a joint statement in which they said, “the two sides agreed that India-China relations have now acquired a global and strategic character”. They then went on to establish “an India-China Strategic and Cooperative Partnership for Peace and Prosperity”.

All the actors responsible for that statement are still around. The national security adviser and foreign secretary of the time are now regular columnists. Perhaps they could enlighten us now on what made them get the prime minister of the day to sign on to that statement and what was so “strategic” about that partnership.

Anything strategic must derive from a strategy. The distinguished scholar of war and strategy, Lawrence Freedman defines strategy as “the art of creating power”. As theorists of power, from Kautilya to Antonio Gramsci, have suggested, power itself has many dimensions and military power is just one of them. The foundation of military power, as Kautilya suggested in the Arthashastra, is economic capability and fiscal capacity. Thus, in identifying a strategic partner, a country must determine which other country would assist it in the “creation of power”, with a clear understanding of what form such power would take—military, economic, technological, cultural and political.

Fifteen years after India and China signed the 2005 statement it is clear that it has not delivered on the promise of peace and prosperity, not to speak of enhancing Indian power. Rather, by aligning itself firmly with Pakistan it has enhanced the latter’s power. On the other hand, in these 15 years, the US, Japan, France and even Russia have helped enhance India’s power.

But military capacity building is only one leg of such a partnership. Enhancing India’s economic capability should be the other. To qualify as strategic, a partnership must deliver on both counts. It is time we defined strategic partnerships more strategically, and not just tactically.