CAG has become quiet in the last decade. Who is responsible, asks Sachidananda Murthy

CAG has stopped creating any sensation after the Vinod Rai era

If things go as per the plans of Lok Sabha Speaker Om Birla, the coming monsoon session of the two houses could be the last to be held in the old circular building. Construction teams and interior decorators are working hard to ready the new Parliament House in the adjoining plot in time for the winter session in November. Yet, there are no indications so far of any explosive report from the comptroller and auditor general (CAG) which would rock the old building, which has reverberated with tension over CAG reports on Bofors, 2G telecom spectrum allocation and other smoky deals of the then governments. Even the number of reports submitted to Parliament is less compared with a decade ago, because of a new cluster system adopted by the financial supervisory body with autonomous powers under the Constitution.

The CAG, either by accident or design, has stopped creating any sensation since the days of Vinod Rai (who was in office from 2008 to 2013). His reports on the anticipated loss of 01.76 lakh crore had rocked the Manmohan Singh government, leading to an uproar in Parliament. There were corruption cases against communications minister A. Raja, senior officials and middlemen, but the cases were unproven and Raja was acquitted. There were other reports of the CAG in the first decade of the 21st century which had made the governments at the centre and states tremble. 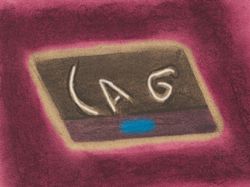 But all has been quiet in the past decade on the CAG front. If Rai’s reports were sizzlers, the reports from his low-profile successors—Shashi Kant Sharma, Rajiv Mehrishi and now G.C. Murmu—have not created much enthusiasm. Even the report on the twists and turns in the negotiation for the purchase of Rafale aircraft from France was a flat one, though the copies of the files received from the defence and finance ministries occupy a big room at the CAG headquarters.

While Rai headed the department of financial services before becoming CAG, Sharma was defence secretary during the UPA era and Mehrishi was finance secretary and later home secretary under the Narendra Modi government. Murmu had worked with Modi in Gujarat and later in the Union finance ministry, apart from being the first lieutenant governor of Jammu and Kashmir. Both the Congress and BJP governments have preferred to appoint IAS officers as CAGs, instead of professionals from the Indian Audit and Accounts Service.

The public accounts committee (PAC) of Parliament, which had followed up on controversial audit reports earlier, has also now become subdued. By convention, the all-party committee is headed by a frontbencher of the main opposition party. But the dominant numbers of the BJP in Lok Sabha have meant that the BJP committee members can veto the chairman, unlike in the coalition era. The first Congress nominee since 2014 was former Union food minister K.V. Thomas, who was recently expelled from the Congress. Thomas had an uneasy relationship with the high command, especially over his passive role as PAC chairman.

Though the more combative Congress leaders Mallikarjun Kharge and Adhir Ranjan Chowdhury later became PAC heads, they, too, have not been able to deliver any hot reports for two reasons—they are not getting controversial stuff from CAG and even when they have some material, the aggressive BJP members have their say.