Sachidananda Murthy on policing the polls

It is easier to hold polls in fewer phases, but EC, Centre and states prefer caution

Once again, a long electoral stretch has ended without many incidents, much to the relief of the Election Commission, which continued to give special attention to Uttar Pradesh. This time it was seven phases in the most populous state, where the assertion of Chief Minister Yogi Adityanath that he had improved the law-and-order situation over the past five years seemed to be proved on the ground.

The success should prompt the EC to stick to the T.N. Seshan era formula of polling in a small cluster of contiguous constituencies. This was adopted after Seshan had an argument with the Central government over his requirement of a large number of Central Armed Police Forces personnel, as he felt the local police was too compromised. As the sole election commissioner (till an angry government appointed two more to curb his powers), Seshan would do his calculation, especially as he had also been secretary in charge of security in the Rajiv Gandhi government.When Seshan did not get the desired numbers at one go, he went for fragmenting the election schedule. All his successors were comfortable in multiple phase polling in several states, including Uttar Pradesh and Bihar, which were once notorious for booth capturing by landlords and dons; Madhya Pradesh and Andhra Pradesh (before their division) as well as West Bengal, which had Naxalite violence; and states like Punjab, Assam, and Jammu & Kashmir, which were affected by militancy. Political parties—which often were the target of attacks by militants, Naxalites, and criminals—went with the EC’s thinking of concentrating maximum forces in smaller clusters. But the situation has improved in most parts of the country as election-related violence has come down drastically, even though tensions are high in Jammu & Kashmir, Chhattisgarh, Nagaland and Manipur. 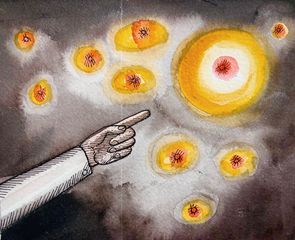 The law-and-order situation in West Bengal, which was affected by the Maoist presence in Jangal Mahal, has vastly improved after a crackdown by Mamata Banerjee’s government. The Andhra Pradesh and Telangana governments, too, have cracked down on Maoists. Assam has seen improvement. It was noteworthy that the election in Punjab, once the hotbed of separatism, was held in a single phase—and more heat was generated by words than arms. Further, the Central Reserve Police Force and the Central Industrial Security Force have grown big with large numbers available. The improvement in road network during the last three decades has also meant that eight-lane highways are available for transporting the security convoys in a quicker time than in the 1990s. Thus, there are several factors that make it easier to hold elections in a smaller number of phases than is being done presently. But the three key players—the EC, the Union home ministry, and the state governments—would like to stick to caution, and hence old files containing division of constituencies are taken out and dusted during every election for scheduling the polls.

The negative effect is that states and constituencies that vote in the first or second phase of a seven-phase election have to wait for a month for the results to be known. With proper thinking and coordination, this big delay can be reduced, if not eliminated. The time saved would also mean good money saved in campaigning, and deployment of forces to guard the EVMs from the earlier phases. It would also help the eventual movement towards e-voting where the entire country can vote on one day, after two weeks of electoral campaigning.