Chief Minister M.K. Stalin is busy lobbying with his counterparts in 11 opposition-ruled states to join the DMK in opposing the test, which, the bill says, puts poor students from rural areas at a huge disadvantage. But as the bill challenges a Central law, it is unlikely to be recommended by Prime Minister Narendra Modi to President Ram Nath Kovind for assent. Only after receiving Central approval can the state governor sign the bill and make it a law. 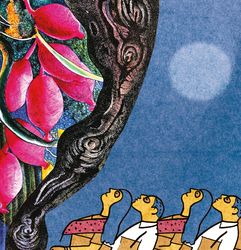 So far, the three-party alliance government in Maharashtra has announced its opposition to a common entrance test as the state wants to regulate admissions to its medical colleges. Now, Stalin’s emissaries are lobbying hard with other major non-BJP controlled states including West Bengal, Rajasthan, Andhra Pradesh, Odisha, Telangana, Punjab and Delhi to stop the National Testing Agency from conducting the test and announcing the merit list.

Interestingly, NEET was opposed by Modi-ruled Gujarat when it was introduced by the Manmohan Singh government in 2013. Ironically, the DMK, which was a founder member of the United Progressive Alliance, had withdrawn its support to Singh two months before NEET. The reason given was that the UPA government was soft towards the war crimes committed against the Liberation Tigers of Tamil Eelam by Sri Lanka’s Mahinda Rajapaksa government during the civil war.

But Singh had been convinced by the medical education fraternity that a national entrance test was the answer to complaints of non-meritorious candidates getting admission in state government-run medical colleges. The one-day examination was hailed for providing a level playing field.

When the DMK returned to power in Tamil Nadu last summer, with the Congress as junior ally, Stalin stuck to the promise he had made while in opposition. Even though the AIADMK, which was in power for 10 years, too, was opposed to NEET, it did not bring forth a state law to counter the Central law. The DMK set up a commission of inquiry—headed by a retired judge, which held that NEET was discriminatory, favouring students from elite and urban backgrounds against poor, rural students.

Stalin asked the assembly to unanimously pass the resolution. While all other parties, including the AIADMK, supported the move, the BJP’s four MLAs walked out in protest. They were acting as per the party’s stand that NEET was a beneficial exam that helped produce better doctors, especially as it was conducted in Tamil and other regional languages, apart from Hindi and English. The MLAs were not impressed by the commission’s findings that the NEET merit list had adversely affected at least one out of 10 poor students with a rural background.

Though many states have passed laws opposing a Central law, the Constitution is clear that the Central law will prevail, unless the state proposal making the law inapplicable in the state is approved by the Centre. There have been dozens of laws, including state-level amendments to the Criminal Procedure Code, that have been given assent by the Centre through the president.

But the Modi government, which believes in One Nation, One Tax, One Election, One Entrance Test, may not concede to Tamil Nadu’s request unless there is unavoidable political pressure. For success on NEET, Stalin may have to hope for a return to the coalition era where the DMK support is crucial. Meanwhile, Modi and Stalin will share the stage this year for the launch of 11 new medical colleges in the state.